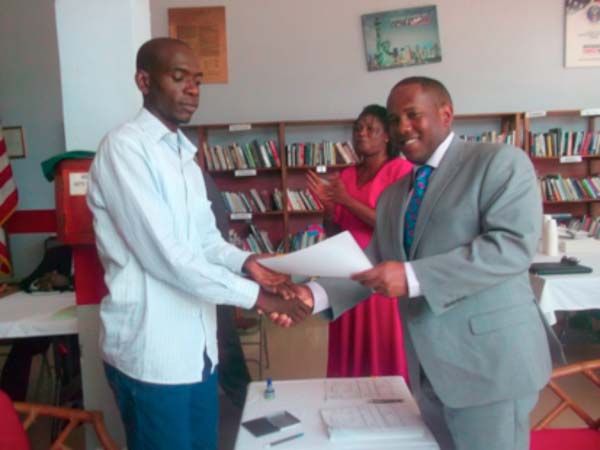 The US Embassy in Banjul yesterday signed a package of US$54,000 (about D2,160,000) to support 14 self-help projects of various communities in The Gambia as well as the Julia Taft Refugee Projects.

The annual signing ceremony, held at the American Corner in Comium building on Kairaba Avenue,followed the Embassy’s previous year’s grants in 2014 for which the U.S Embassy and its government allocated a total of $40,000 around D1,600,000 to support 12 self-help projects in The Gambia.

The embassy received 112 SSH proposals for funding from each region with the exception of Banjul.

The signing ceremony brought together various project beneficiaries across the regions.

Speaking on the occasion, U.S Embassy Chargé d’ Affaires Marc Shaw said the signing of the projects represented, in a small but meaningful way, the Embassy’s and the U.S government’s commitment to working with the people of The Gambia on poverty alleviation, community development and sustainable livelihood improvement.

Chargé d’ Affaires Shaw pointed out that the U.S Embassy typically contributes around $40,000each year to the Ambassador’s Self-Help Fund, which in recent years, has been used for several projects that have had significant impact on the communities in which they were expended.

The funded projects, he said, included the Sabi weekly “lumoo” market in the Upper River Region, which serves more than 3,000 traders coming from neighbouring villages (both in The Gambia and Senegal) where they built eight bathroom facilities.

The embassy also provided 10 donkeys and carts to help in agricultural production and transportation to the Munyagen village community in the North Bank Region.

The milling machines, clinics, wells and garden projects which the embassy supported in the past, Chargé d’ Affaires Shaw noted, have touched the lives of several communities, particularly women .

The projects he said have made it possible to reduce the number of hours spent on hard labour to feed their families, which has also allowed them to spend more time on other income-generating activities.

He also said the previous projects funded by Julia Taft have supported individuals and families fleeing the conflict in Cassamance as well as assisted in hosting Gambian families across the Gambian/Senegalese border.

He added that the refugee Commission of The Gambia has registered over 11,000 refugees in 81 communities along the border who survive primarily on subsistence farming.

This year, he noted, the U.S Embassy and its government will award a grant of US$25,000 around D1 million to the Gambia Food and Nutrition Agency (GAFNA), which has committed to providing timely and concrete results in improving the lives of refugees in The Gambia.

The project, he said, would improve early livelihood welfare for refugee and help in hosting children.

In his remarks on the occasion, the Permanent Secretary at the Ministry of Local Government, Lamin Sanneh, highlighted the Gambia government’s appreciation of the U.S Embassy and its government for their efforts in helping the Gambian people in poverty alleviation. 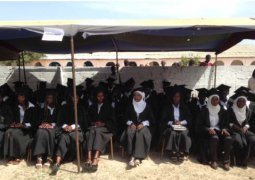