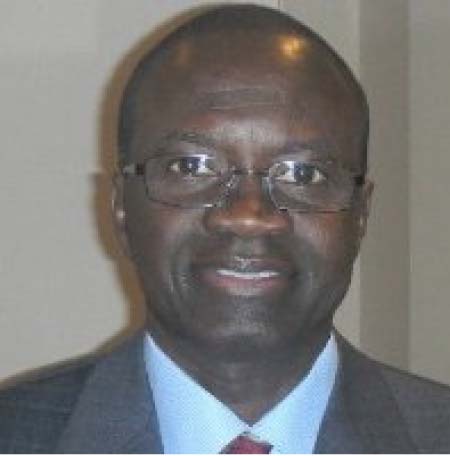 WASHINGTON – United States Attorney General Eric Holder, Assistant Attorney General for National Security John P. Carlin, United States Attorney Andrew M. Luger for the District of Minnesota, and Federal Bureau of Investigation Special Agent in Charge Richard T. Thornton of the Minneapolis Division today announced a criminal complaint charging Cherno Njie, 57, and Papa Faal, 46, for their role in a recent attempted coup in The Gambia.Both men are in custody and are expected to have initial appearances in court today.Njie will appear in United States District Court in Baltimore, Maryland.Faal will appear in U.S. District Court in Minneapolis, Minnesota.Both defendants are charged with conspiring to violate the Neutrality Act by making an expedition against a friendly nation from the United States and conspiring to possess firearms in furtherance of a crime of violence.

On Dec. 30, 2014, there was an unsuccessful attempted coup against the government of The Gambia.The Gambia is a country in West Africa bordered by Senegal and the Atlantic Ocean.

“These defendants stand accused of conspiring to carry out the violent overthrow of a foreign government, in violation of U.S. law,” said Attorney General Eric Holder.“The United States strongly condemns such conspiracies.With these serious charges, the United States is committed to holding them fully responsible for their actions.”

According to the criminal complaint and documents filed in court, in December 2014, Cherno Njie and Papa Faal separately traveled from the United States to The Gambia for the purpose of overthrowing the Gambian government.Faal is a dual U.S./Gambian citizen and a resident of Brooklyn Center, Minnesota.Njie, a U.S. citizen of Gambian descent and a resident of Austin, Texas, is a businessman who served as financier and leader of the conspiracy.Njie and his co-conspirators expected that Njie would have served as the interim leader of The Gambia had the coup attempt succeeded.

According to the criminal complaint, approximately 10-12 members of the conspiracy entered The Gambia to carry out the coup attempt, with the expectation that others in the country would join and assist them.Prior to departing for The Gambia, between August and October 2014, Faal and other co-conspirators purchased multiple firearms, including M4 semi-automatic rifles, and shipped them to The Gambia for use in the coup attempt.Members of the conspiracy also acquired night-vision goggles, body armor, ammunition, black military style uniform pants, boots, and other personal equipment.

According to the criminal complaint, on Dec. 30, 2014, a number of the co-conspirators, including Faal, met in the woods near the State House in Banjul, which is the home of the Gambian president, and split into two assault teams.Njie was not present at that meeting, instead waiting in a safe place until the assault teams took control of the facility.However, when one of the assault teams approached the State House and fired a shot into the air, the team began taking heavy fire from the guard towers.Although numerous conspirators on the assault teams were killed or injured during the failed attempt to take control of the government building, Faal was able to flee the scene and he ultimately returned to the U.S.Njie also returned to the U.S.Both men have since been arrested.

This investigation is being led by the Federal Bureau of Investigation and its partners on Joint Terrorism Task Forces in multiple field offices.

Conspiracy to possess a firearm in furtherance of a crime of violence, 1 count

Conspiracy to possess a firearm in furtherance of a crime of violence, 1 count