U.S. Department of Defense to present medical supplies to GAF

Representatives from the U.S. Government will hand over a container of medical equipment and supplies from the U.S-based Benevolent Health Foundation’s Project Cure to the Gambia Armed Forces (GAF), on 19 March 2014, at Yundum Barracks, stated a press release sent yesterday to The Point by US Embassy in The Gambia.

The consignment includes a wide range of supplies such as admission kits, IV kits, casting supplies, nasal speculums, lab coats, gowns, goggles, gloves, and bed linens, according to the release.

Ambassador Michael R. Arietti, Chargé d’Affaires of the U.S. Embassy in Banjul, officers from the U.S. military, and senior commanders from GAF and the Gambian Ministry of Defence are expected to deliver statements on the occasion.

The release gives a synopsis of the rationale behind the supplies: “Statistics show that the HIV prevalence rate in The Gambia’s general population is estimated at 2.0%, with approximately 18,000 people living with HIV.

“GAF, however, are exposed to high prevalence countries when they are on peace-keeping missions in neighboring countries.

“These countries maintain a higher HIV prevalence rate than what is found in The Gambia.

“The combined factors of residing in a high prevalence country with extended absences from families can lead to increased risk for contracting HIV.”

The release further states that the U.S. Department of Defense’s HIV/AIDS Prevention Program (DHAPP) has been working with GAF to continue expanding its prevention and testing programme.

“Over the past three years,” it noted, “DHAPP has built strong partnerships with GAF, the National AIDS Secretariat, and the National Laboratory.”

According to the release, the United States is also a major contributor to the fight against AIDS, malaria, and tuberculosis in The Gambia through the Global Fund.

“For the 2014-2016 period, the U.S. contributed US$4 billion, or 33 per cent, of the Global Fund’s worldwide budget,” the statement says, adding: “Through the Global Fund and other initiatives we have an historic opportunity to utilize new advances in science and apply practical experience to defeat these diseases that so greatly impact public health in The Gambia.” 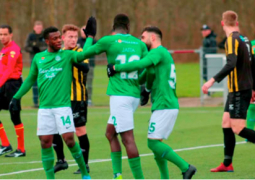 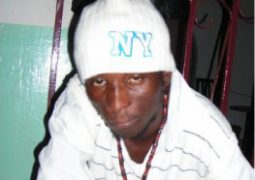