The United States government has again asked the Gambia government to intensifies its efforts to locate two missing persons in the country, who are U.S. citizens.

The U.S. embassy in Banjul made this call in a press release issued on Monday.

The release stated as follows: “Last summer, the families of U.S. citizens Alhaji Ceesay and Ebrima Jobe notified the U.S. embassy in Banjul that the two had gone missing in The Gambia.

“Since then, the United States government has raised its concerns over their welfare to the Government of The Gambia, and has sought the government’s assistance in locating both of them.

“The protection and safety of U.S. citizens overseas remains of the highest importance to the State Department”, the release added.

“The United States government expresses again its urgent request that the Gambian government intensify its efforts to assist us in locating these two missing citizens.Mr. Ceesay and Mr. Jobe were last seen in Tranquil (a village more than 15 kilometres outside Banjul, the capital city), The Gambia in June 2013 and we have no credible information to suggest that they have left the country”.

“We ask, therefore, that anyone with credible information on the whereabouts of Mr. Ceesay and Mr. Jobe please contact the American Citizens Services office at the U.S. Embassy in Banjul by email at ConsularBanjul@state.gov or the Africa Division of the Office of Overseas Citizens Services of the Bureau of Consular Affairs at the U.S. Department of State by calling

“Mandinka and Wolof audio translations of this press release are available to stream and download at http://soundcloud.com/usembassybanjul”. 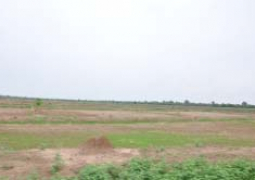