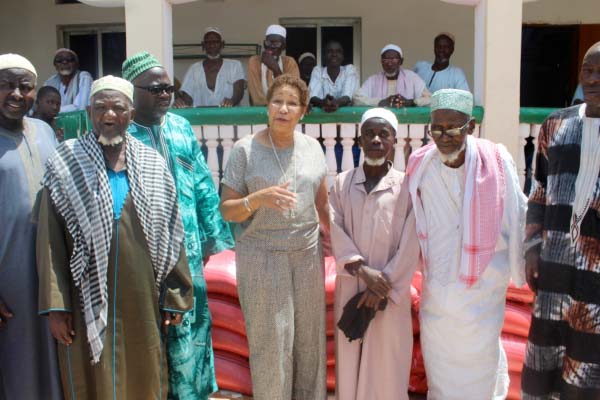 The United States Ambassador to The Gambia, C. Patricia Alsup, resumed her comprehensive nationwide outreach with visits to religious centers and to projects funded by the U.S. Embassy in the North Bank Region (NBR) on September 27.

While in NBR, the Ambassador, accompanied by the region’s Governor, Lamin Queen Jammeh, visited the Kerewan and Farafenni Central Mosques, where she held discussions with Muslim elders, and later donated bags of rice for distribution to Gambians in need.

The Ambassador also visited the Anglican Mission Agricultural Senior Secondary School in Farafenni and interacted with students and academic staff. At the end of her tour, the Ambassador donated bags of rice to the church and school authorities.

In Farafenni, Ambassador Alsup also visited a Climate Change and Education Masters of Science Program facility, run by the University of The Gambia.  She was received on arrival by the Director of the Program, Professor Musa Sowe.  The Ambassador was led on a conducted tour of the facility and later held an open discussion with students and faculty staff on the importance of climate change education, and on student plans on completion of the program.

Ambassador Alsup also visited the solar-powered electrification project at the North Bank Community Radio in Kerewan and a power tiller project in Kinteh Kunda Janneh-Ya that were funded in 2015 by the U.S. Embassy through the Ambassador’s Special Self-Help Program.

Ambassador Alsup’s visits will continue to the other regions of The Gambia in the coming weeks. 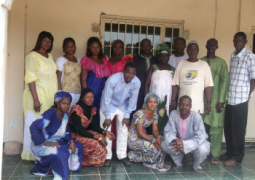 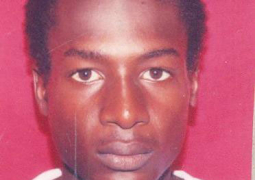