According to the charge sheet, on count (1) the accused Mariama Touray, Ebrima Touray, and Abdou Fatty, on the 21st July 2008, at Churchills town, the accused persons gave false information to two of the Forayaa reporters namely Musa Barrow and Abubacarr SaidyKhan at Forayaa newspaper, that one Dado Jallow gave some money to Tallinding police station to arrest some youths in Tallinding.

On other count, the particulars of the offence are that on , at Churchill's Town, the accused person conspired to commit a misdemeanor, by informing Foroyaa reporters that Agie Dado Jallow gave some money to the Tallinding police Station.

The accused person pleaded not guilty to both count charges.

PWI Agie Dado Jallow while rendering her testimonies, told the court that on , while sitting in her shop together with her husband and her friend, she suddenly saw two men asking for Dado Jallow. PWI further stated that she told them she is Agie Dado, adding that the two men claimed to be a Foroyaa reporter, and one of them asked her whether she has given money to Tallinding police station, to arrest some youths in Tallinding. Testifying PWI told them no I don't give out money to people, I only give out to help people.

The case was at that juncture adjourned to the later date 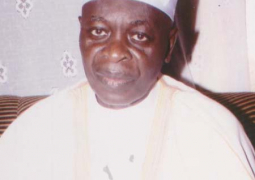