The new Ambassador to the Gambia Pamela, Ann White, and a delegation from the Embassy Monday embarked on a two-day tour of US Embassy-funded projects in the North Bank Region of the .

Ambassador White, who was received on arrival by Edward Seckan, Governor of the North Bank Region, was also in the region to familiarise herself with the people of the . At the Governor’s office, Ambassador White held talks with Governor Seckan before proceeding to the village school, then to Kerewan Area Council.

Addressing meetings at various venues, the regional Governor expressed his appreciation in receiving the new ambassador, describing her visit as a milestone.

He also expressed appreciation and gratitude to the US Government through its Embassy in for their immense contribution to the country’s socio-economic development, NBR in particular.

Governor Seckan highlighted, among others, the embassy’s support to schools and communities in his region, the provision of a regional aid secretariat in Kerewan and peace corps volunteers.

While hailing the bilateral relations, Governor Seckan pledged his commitment to work with the embassy in all possible ways for the mutual benefit of the two countries and their peoples.

Ambassador White in reply expressed delight for the warm welcome accorded her and delegation, noting that her visit was meant to familiarize herself with the people of the and the embassy-funded projects.

“I came here to listen to what the community has to say, and see what the embassy can do. I have been in Africa for the past 30 years, and I love to help women and children,” the diplomat told the meeting.

According to the chief diplomat, the tour will give her the opportunity to understand the country. “The is doing a lot,” she remarked.

Other speakers at the meeting, held at the Governor’s office, included NBR Deputy Governor Abdou Njie, the Commissioner of Police NBR, the Regional Agricultural Director Saikou Sanyang, and Lt. Darboe, head of Essau military post. They all appealed to the embassy to intervene in core areas of development.

From the Governor’s office, Ambassador White and delegation proceeded to , where she donated some cartons of books to the school.

Noting that education is key to any meaningful development, Ambassador White called on parents to send their children, especially the girl-child, to school.

The principal of the school, Mr Saikuna Sabi, gave a brief overview of the school and solicited support from the embassy to assist them in science and computer labs.

After a meeting at , the delegation proceeded to Kerewan Area Council, from where they also proceeded to the embassy sponsored-rice milling machine project in Kinteh Kunda in the district.

From Kinteh Kunda, Ambassador White and delegation proceeded to Banni village, where she held a meeting with the women’s club at .

During the meeting, villagers appealed to the embassy to help in the construction of a bridge leading to the women’s garden, among other requests.

The diplomat assured the community that she would see how best to help them. 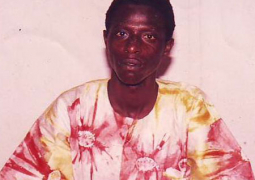