Picture: YJAG SG Sulayman Ceesay wants to prove that journalists are not just talkative pen-pushers; they can also push the ball

Lemong Bi FC will tomorrow Friday 16 May 2014 face Damja FC in the ongoing second season of the Fajara Youths Tournament organised by Ma Ansu Nicol, a native of Fajara.

On the same day at the Cocktail football field at 5pm, Bayern Medics FC will battle it out with Sisasea FC.

Bayern Medics are with a point in a single game and are highly hopeful of a win to increase their chances of making it to the next stage of the competition, while Sisasea FC have also bagged a single point in one game and will be all out to fight for the maximum points to stand a better chance of securing a place in the next round.

On the early kickoff of Saturday, Ebras Barbing FC will lock horns with defending champions Nac City FC in what is expected to be a mouthwatering clash.

Both teams, who settled for a draw in their respective first games of the competition, would want to avoid a defeat to increase their chances of progressing to the next stage of the tournament.

In the 5pm-encounter later on the day, Smile Africa will take on Kebbeh FC.

Smile Africa have collected a point in a single game while Kebbeh FC have managed to get a point in two outings.

In the 3pm-game of Sunday, Tali Bi FC will host Mecskys FC, while Ceesay Garage FC will clash with Jara FC. 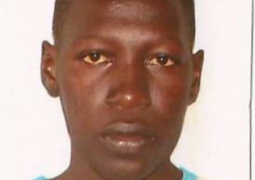