The case involving 20 accused persons who were charged with two counts of conspiracy and unnatural offence proceeded before Magistrate Tabally of the Kanifing Magistrates’ Court on 14 June 2012.

Chief Inspector Jammeh represented the IGP when the case was mentioned.

He is the station officer, and said he recognized the accused persons, adding that on 6 April 2012, he was at the police station and was called by his commanding officer, Sollo Mbye.

He said Mbye told him that he received information that there were a group of boys suspected to be homosexuals, who were having a party at the Elite Fitness Centre.

He added that Abdoulie Sowe and Abdoulie Dibba went to the scene to confirm what was happening.

On his arrival, he parked his car outside between 10 pm and 11 pm, and stood near the gate when Sowe and Dibba were inside.

There was drumming, and he saw inside many boys, among them, the accused persons dressed like women and bags were hanging from their shoulders.

Some of them were dancing to the drums, and later he saw one of the accused persons, Kebba Ceesay, who walked towards Abdoulie Sowe and he saw them talking. He said he was four meters away, and could  hear their conversation.

He said PW1 and Kebba Ceesay walked out of the centre, and that he asked Abdoulie Dibba to find out what was happening. He later followed them, and found them behind his car.

Kebba Ceesay was arguing with Abdoulie Sowe, telling him to delete the photos.

He asked Abdoulie Sowe, who told him that he took two shots of pictures, while the accused persons were dancing.

He said Kebba Ceesay insisted that Abdouile Sowe should delete the pictures, because he did not invite any photographer.

He added that Sowe and Dibba stood with Kebba Ceesay, whose friend appealed to them to release him.

He said Kebba’s friend told him that Kebba was just a friend, and was having a party.

He said after Kebba was arrested, his friend too was arrested. He then called the OC to send reinforcements, adding that when they arrived, they surrounded the boys and arrested 17 boys and three girls.

He testified that they recovered some of their bags containing their wearing apparels and women’s cosmetics, further stating that they were taken to Kotu Police Station where they transferred them to Kairaba Police Station, and their statements were recorded.

He said that the accused persons told them that they were invited by Kebba Ceesay, and that investigations continued at Kairaba Police Station. 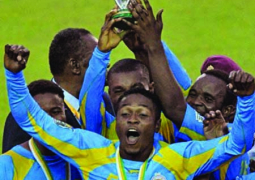 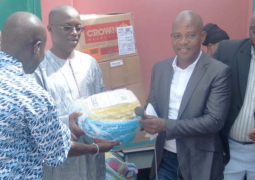