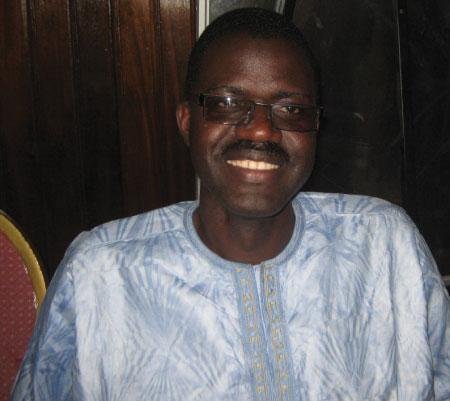 The Gambia government, in collaboration with the United Nations system in the country, yesterday launched the new United Nations Development Assistance Framework (UNDAF) 2012-2016 at the Atlantic Hotel in Banjul.

The occasion also marked the first joint annual review of the Government of the Gambia and the UN Country team previously concluded UNDAF 2007-2011, as a requirement to review their performance and achievements, noting both the challenges and the successes during the period, thus taking into account the implementation of the new UNDAF.

Officials say the UNDAF is a key element of the UN reform and the joint response of the UN country team, the national stakeholders and the Government of The Gambia national development priorities with a view to eradicating poverty and contributing to the achievement of the Millennium Development Goals (MDGs).

In her launching statement on the occasion, Ms Chinwe Dike, UN Residence Coordinator to The Gambia, said the decision to conduct the joint annual review was as a result of the commitment of the United Nations system in the country to deliver as one in accordance with the requirement of the Paris Declaration on Aids effectiveness.

“It is crucial in these days of decreasing development funding for the UN to focus on results in its work and to be able to measure results and achievements in the implementation of its programmes in collaboration with and under the ownership of government,” Ms Dike said, adding: “To be able to achieve Aid effectiveness and to support the nation in improving development performance, it is important to manage transaction costs for all, reduce duplication and increase planning and coordination of development assistance.”

Ms Dike commended the Gambia government for its treasured participation in the UNDAF process hoping that in the new UNDAF, government will take complete leadership and ownership of the process.

The UN residence coordinator outlined the new UNDAF programme saying it will continue to work on three closely linked priority pillars such as poverty reduction and acceleration of economic growth, enhancing social services, and strengthening of good governance.

“The preparation of the current UNDAF has undergone a thorough participatory process, consisting of consultative workshops with donor groups, civil society and national stakeholders,” she said.

Madam Dike further indicated that UNDAF is not only in line with the national development priorities outlined in the PAGE but also aligned to universally accepted principles, as adopted by the UN, for example, human rights-based approach, gender equality and the development of national capacities.

For his part, Njogu Bah, secretary general of the Civil service, said UNDAF is a UN collective support to the Government of The Gambia in attaining national development priorities towards meeting the MDGs, while highlighting comparative advantages in development areas.

He indicated that the alignment of the previous UNDAF and the Gambia national blueprint, the PRSP 2, and the new UNDAF and PAGE development guide, ensure priority needs and strong support within national and international targets.

“A number of UN agencies have worked closely with the Government of The Gambia over the past five years to achieve the target of the previous UNDAF and the MDGs as their priority,” Hon. Bah said, adding that together they have helpfully addressed key elements in education, access to health, access to social services for all and more importantly poverty reduction and sustainable growth.

“As government, we believe by progressing on these areas and another, we can yield great dividends for human capital growth,” he opined.

The new UNDAF, he said, has identified common priority areas leveraged to the UN support to poverty eradication, to agriculture and food security, health as well as good governance, which are all in line with the PAGE.

He said that the level of cooperation between them will intensify in the new UNDAF so that more gain can be realised by the Gambian people, adding that with the strong strategies in place and support from development partners the country can still attain the key elements of the MDGs by 2015.

Mr. Bah assured the UN agencies of the government continued support in achieving national development and the successful implementation of the new UNDAF programme. 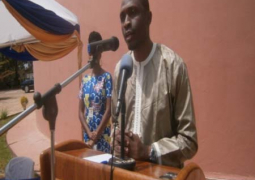