Hundreds of unaccompanied Gambian minors, children under 18 years, in Italy are benefiting from free education that could eventually see them easily integrated in Europe and be absorbed into the job market.

Palermo, the capital city of Sicily, is piloting an educational programme dedicated to building the potentials of unaccompanied young refugees in various disciplines, both vocational and academic.

With this education, hundreds of Gambian minors, among other nationalities, are beginning to find their feet in a community that welcomes them after a journey that could have robbed them of their lives.

Clelia Bertoli, a teacher at one the schools piloting the programme, said many of the students, the minors, mostly boys, who arrived in Italy burdened by personal and collective tragedies such as abuse and torture, have now found some space to live their dreams again.

“The services for adult education in Sicily have been given the responsibility of providing a ‘first educational reception’ to the many migrants who attempted the Mediterranean route,” she said.

She noted that Sicily Island is probably the region with the highest number of migrant centres in Europe.

The young refugees are taught Mathematics, Science, Italian, Technology, History, Geography, Citizenship and English language and, upon successful completion, they would be awarded a Middle School Diploma.

Bubacarr, a Gambian minor undergoing the programme and wished to be identified by his first name only, said he is trying his best to have the middle school diploma because without it, he, like other refugees, would not be employed in the regular job market.

Another Gambian minor, Muhammed, a 16-year-old, said he intends to have the diploma so he could use it to study up to university level.

A report by an Italian organisation, Centri Provinciali per l’Istruzione degli Adulti (CPIA), said even though the young refugees are in a growing danger of being exploited or forced into prostitution, they “generally possess great energy and a strong desire to grow and learn”.

“It will be difficult to turn them back: their destiny is to remain in the country where they landed,” the report said.  “Therefore, establishing a welcoming education should be a fundamental element of the entire reception system. Such a system, depending on how it is conceived, can have very different outcomes: it can lend itself to becoming a hotbed of marginalisation or a workshop for citizenship.”

The CPIA report pointed out that at a first instance, the arrival of migrants is likely to be an unbearable burden for the area that receives them.  Later on, the arrival of the refugees could become an extraordinary occasion for collective growth, both spiritual and material. 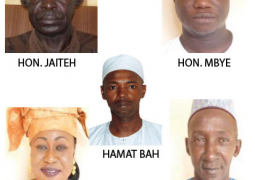