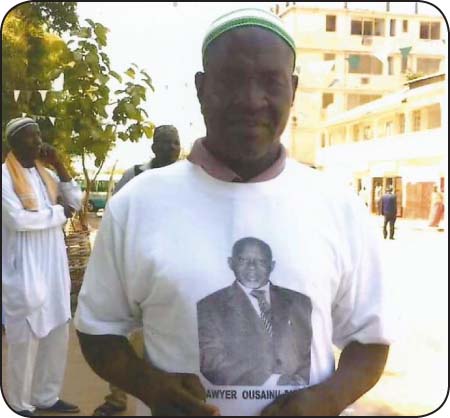 The spokesperson for the UN High Commissioner for Human Rights, Cécile Pouilly, has called on state authorities in The Gambia to investigate the death in state custody of two members of the United Democratic Party (UDP).

“We urge the authorities to investigate the death in State custody of Mr [Solo] Sandeng and Mr [Ebrima Solo] Krummah as well as allegations that detainees are denied access to medical care,” the UN Human Rights Commissioner said in a press release sent to this paper yesterday.

The release stated further: “We deplore the reported death in custody of Ebrima Solo Krummah, a member of the opposition United Democratic Party (UDP), last Saturday.”

According to information they received, she noted, Mr Krummah passed away after he was taken to hospital for a surgical operation.

“He had allegedly been denied medical help on several occasions while in detention,” the release stated.

Mr Krummah, who was in his 50s, was among the May 9 protesters charged with unlawful assembly. He was remanded, and later hospitalised on August 8.

“Other detainees have also reportedly been denied medical care in recent months,” the UN Human Rights Commission release said, calling for investigation into the deaths.

“We urge the authorities to investigate the death in State custody of Mr Sandeng and Mr Krummah, as well as allegations that detainees are denied access to medical care,” the release concluded.