The new welfare reforms introduced by the coalition government headed by Prime Minister David Cameron ‘may affect migrants’, especially those from the certain ‘vulnerable communities’.

Such reforms prompted the opposition Labour party to demand a thorough explanation from not only the Prime Minister, but also from other cabinet ministers.

Labour is claiming that thousands of families will be affected, including tax payers, and as a result the opposition party issued a figure outlining that over 39,000 families may be homeless due to such reforms.

On Sunday, this correspondent visited , where some of the projects include places where the council is re-housing families.

In such areas, there are many houses empty waiting for reconstruction or refurbishment. Some protestor had refused to vacate, but after a negotiation they left.

Labour blamed the Secretary of the Department for Works and Pensions, Iain Duncan Smith, for the ‘publication’ of the Welfare Reform Bill, including a statement allegedly indicating that it ‘was not possible’ to quantify the cost to councils of re-housing families who lose their homes.

The government is also responding that such reforms are ‘the right thing to do’, and has blamed the opposition for the current circumstances leading to such reforms.

However, the shadow Works and Pensions secretary, Liam Byrne, told the press that the ‘public needs some answers’ from the government. Such answers, he added, must be in the House of Commons, including official Government evidence.

The millions of pounds savings and cuts by the current government is now the bone of contention between the government on one hand and the opposition on the other.

Certain government ministers have also declared that they are supportive of such policies, stating that they are ‘required to tackle the housing benefits bill’ of over £20 billion a year under the previous Labour government.

Due to such actions, charity groups and other humanitarian organisations are implying that such ‘drastic measures’ may affect a lot of migrants, especially those living in the capital city of .

Thus such groups are appealing to the government to re-evaluate such measures.

In the past, the authorities reconsidered similar decisions, but this time around the government is adamant that it is doing the right thing.
Picture: British Prime Minister. 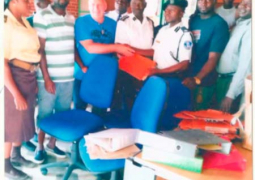