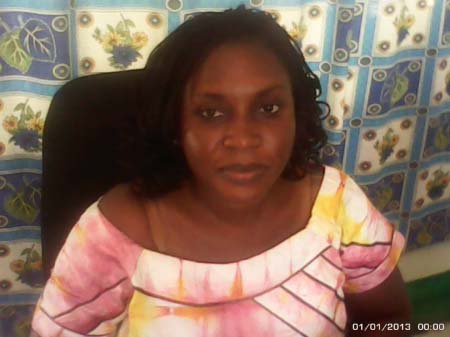 Three-day training on animal feed management and conservation ended on Thursday at Chamen village in the Central River Region.

The training was attended by twelve famers and extension services from the villages of Dibba Kunda and Bassik village in the NBR and Chamen village and Pallel village in the CRR.

Organised by the National Agricultural Research Institute (NARI), the training was funded by AUSAID Project.

The training was meant to boost nutritional block development and bailing of grass for feed conservation.

Speaking to this reporter in Chamen, one Abdourahman Bah, a participant from North Bank Region, said his community has been involved in the implementation of the AUSAID Project for the past two years. Noting that the AUSAID Project has been very helpful by providing fertilizer, cowpea and seed to the farmers.

He said the issues of fertilizers and groundnut seed have been the major concern of the farmers in their agricultural productivity.

He thanked the USAID project for its intervention in addressing the plights of famers in the area.

He said the AUSAID Project has made a lot of impact on the livelihood of the farmers in the North Bank Region and appealed for the continuation of the project.

He also expressed appreciation with some of the capacity building that the project has facilitated for the farmer beneficiaries, adding that new technology will go a long way in helping the farmers increase their agricultural productivity.

Alagie Faraba Jallow, a farmer beneficiary of Pallel village, dilated on the impact of the project on the livelihood of the farmers in his community.

Jallow said the AUSAID Project intervention in the areas of fertilizers, cowpea residue, groundnut seed for the farmers, was very essential in improving and encouraging farmers’ participation in the agricultural production and productivity.

Mr Jallow went on to say that one of the most important concern of the farmers was not only to provide them with agricultural inputs but also to build their capacity on land preparation site selection, organizing farmer forums to share ideas and experience and adopt best agricultural practices.

Mr Jallow used the occasion to appeal to the project through the NARI to help them with farming implements that will help the farmer to realize high yield of productivity.

Babucarr, another farmer beneficiary from Basski village in the NBR, expressed similar sentiments and thanked AUSAID Project for the support.

Alagie Adama Gulo Cham, a farmer beneficiary at Chamen village CRR, said the AUSAID Project is a new project in The Gambia piloted in Sabah Sanjal in the NBR and Nianija district.

He urged the farmers to take this project seriously for its sustainability and called on the need for the AUSAID project to be extended to other regions of the country.

For her part, the project coordinator, Mama Mariama Saho, said the training was to focus on the innovation platform that was set up by the project within those intervention villages and districts of Sabah Sanjal and Nianija.

According to her, the project deems it fitting to empower the farmers on the feed conservation and bailing techniques for improving their livestock.

She used the occasion to thank the farmers for taking the project seriously, adding that hopefully with the high sense of commitment of the farmers the project will yield dividend.