British military and humanitarian staff have arrived in Freetown to spearhead the UK’s £100 million mission to contain and control the outbreak.

More than 40 military personnel and humanitarian staff have arrived to oversee the construction of the UK’s medical facility and assist with the UK’s response.

The latest update follows a meeting of the UK’s emergency committee COBRA this afternoon.chaired by the Foreign Secretary Philip Hammond from New York, which reviewed progress on the UK’s commitment to boost significantly public health provision across Sierra Leone, including support for 700 Ebola treatment beds.

The UK will publish an action plan setting out how it will work alongside the United Nations and Sierra Leone, to mobilise international medical teams and support further treatment centres.

The International Development Secretary Justine Greening, who also joined the meeting in New York, called on world leaders at the UN to back UK and international efforts to respond to the worsening crisis in West Africa - which has become one the world’s most extreme global emergencies.

Speaking after the meeting, held via video conference to London, the Foreign Secretary said:

“The Ebola outbreak has already been a significant feature in my discussions in New York. It is now vital that the international community translates its concern into action. This outbreak has wide-ranging humanitarian and security consequences for the region, and the world. Defeatingthis disease will need a global coalition, as well as innovative approaches to reducing the spread of the virus in communities. That is why combating Ebola through UK and international efforts is one the government’s top priorities.

“We will be hosting an international conference in London on 2 October to raise even greater awareness of the disease and what is needed to contain it , encourage ambitious pledges and show our solidarity with the Government and People of Sierra Leone and the region.”

International Development Secretary Justine Greening said: “The outbreak in West Africa is extremely serious and worsening every day. Sierra Leone requires an urgent and dramatic increase in public health teams and specialist treatment centres to halt the spread of the disease. Britain’s plan will triple bed provision in the country, but we cannot do this alone. Sierra Leone needs urgent offers of support from foreign medical teams and international donors.”

The UK’s plan follows its commitment to support 700 Ebola treatment beds across Sierra Leone. This will increase the number of available beds to more than 1,000 over the coming months. The UK has committed £100 million to deliver this plan.

The British Government is leading the international response to the disease in Sierra Leone.

Using British expertise and local building contractors, we will establish the physical infrastructure for a total of 700 beds. The UK will build at least four new Ebola Treatment Facilities near urban centres including Port Loko, Freetown, Makeni, and Bo.

A team of over 40 military personnel, including logisticians, planners and engineers, are currently on the ground in Sierra Leone to oversee the construction of the UK’s facility near Freetown and develop sites for new facilities.

205 beds in Freetown and Kenema are already in the delivery pipeline. Following a further assessment, the Department for International Development and Save the Children have confirmed that they will be able to run an additional 30 beds at the UK’s treatment centre near Freetown, taking the total number of beds at this location from 62 to 92.

164 NHS staff have already volunteered to travel to West Africa and help those affected by Ebola.

Public Health England has deployed 10 of experts including epidemiologists and microbiologists to provide expert advice to the Sierra Leone Ministry of Health on managing the outbreak. They have also been working hard to ensure UK border staff, medical practitioners, humanitarian workers, travellers, the West African community in England and the general public have the right information about Ebola, updated on a day by day basis.

The UK will set up a forward command and control logistical hub that will provide the backbone of infrastructure, commodities, training and management needed to scale up the response in Sierra Leone. The hub will be staffed by a large multi-agency team including military, humanitarian and health experts. It will work closely with international partners and with the Government of Sierra Leone.

The UK and Sierra Leonean governments will hold an international conference in London on 2 October 2014 to discuss how the global community can rally to provide an effective international response.

In addition to supporting 700 beds, the UK is already providing training for 90 health care workers every week in Freetown in the recently created World Health Organisation training centre. 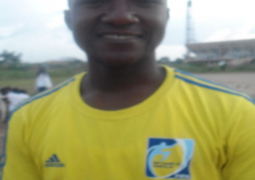