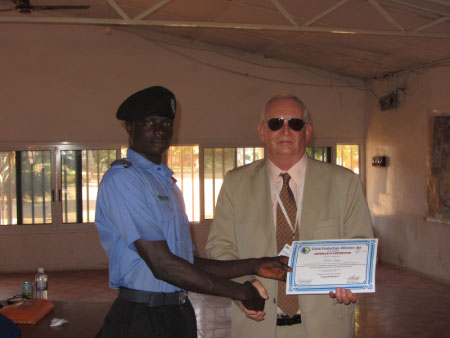 UK High Commissioner to the Gambia David Morley recently congratulated and awarded certificates to members of the Gambian security forces, who had completed a three-day training workshop on child protection.

The workshop, which was run by the Child Protection Alliance at the Fajara Army Barracks was sponsored and funded by the British High Commission.

Commenting during the award ceremony, UK High Commissioner David Morley, said “I congratulate all of you for giving up your time and for participating so actively in these trainings.”

He said these issues can sometimes be difficult to discuss, but open and honest dialogue are essential in combating crimes against children and ensuring The Gambia remains a safe place for young and vulnerable children.