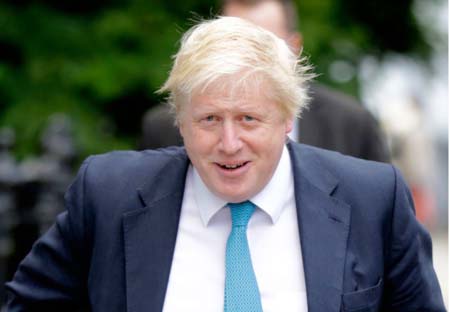 UK Secretary of State for Foreign and Commonwealth Affairs Boris Johnson has recently visited the Medical Research Council unit of The Gambia as part of his recent visit to the country.

It was the first time that a UK foreign secretary visited MRCG, UK’s single largest investment in Gambia’s health sector.  MRC is recognised for its track record of research into tropical infectious diseases.

Mr Johnson noted that The Gambia and UK has “a very fruitful engagement” but during the tenure of the former Gambian president, “there were so many hindrances”.

MRC Gambia director, Professor Umberto Alessandra, said the foreign secretary’s visit was timely as it coincided with the 70th anniversary commemoration of MRC.

He said MRCG has been operating in The Gambia for long and has enjoyed a long and fruitful relationship with the host government.

“Through a longstanding partnership with the Gambian people via the provision of high quality care, training and employment opportunities, MRC has established unparalleled goodwill with the local population,” Prof. Alessandra said.