Two suspects were Thursday convicted and sentenced by the Special Criminal Court in Banjul, after been found liable for the offences of theft and conspiracy.

The convicted persons are Mohammed Camara and Baboucarr Drammeh.

It was stated in the particulars of the offence that on 14 May 2012, at Sukuta Nema, in the West Coast Region, the accused persons, armed with offensive weapons, conspired and robbed one Halimatou Jallow of her mobile phones and D1,000.

The brief facts of the case are that on 14 May 2012, the 1st accused person met up with Halimatou Jallow (PW2) on the road at Sukuta Nema and asked her if she knows one Aja Fatou and she replied in the negative, Justice Nkea explained.

“As she walked away, the 1st accused followed behind her insisting with the same question. At some point they met up with the 2nd accused who later asked her the contents of her bag and she replied that she had phones and some cash therein.”

“The 2nd accused opened the bag, took out the four mobile phones and cash worth over D1,000, and the two accused persons ran away. PW2 ran to the Old Yundum Police Station where she lodged a complaint,” the judge said.

At this point, he added, it was important to note that PW2 was a commercial telephone operator.

He said the accused persons have admitted the offence of theft in their statements to the police and there being no other cogent evidence to the contrary.

“I hold that the contents of these statements remained unchallenged and uncontroverted and I am bound to act on them as the truth in this matter,” he said.

He consequently convicted them as follows: they are each sentenced to pay a fine of D50,000 each in default they shall serve 3 years in prison with hard labour on each count.

In addition, each convict is to pay D10,000 to the complainant as compensation for the mobile phones and the cash lost, in default whereof the defaulting convict shall serve a further term of one year in prison. 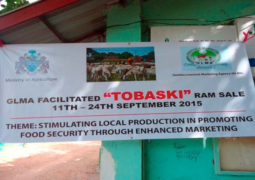 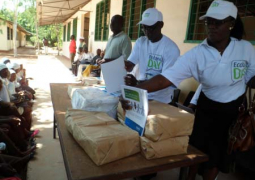