Business leaders and backers of the current coalition government have reportedly voiced their opposition against the immigration cap proposed by ministers, and are demanding for such proposals to be ‘relaxed’.

The Direction of Travel - referring to such rules - is expected to be fully enforced by April next year, but is now clouded in uncertainty due to an alleged lack of support by many important business firms.

This prompted Prime Minister David Cameron reportedly to inform Members of Parliament that some of the proposals may be dropped, and that the ‘inter-company transfers’ should not be ‘included in the immigration cap’.

The immigration cap which is currently under intense scrutiny, not only by the opposition Labour Party, is also rejected by many businesses and economic commentators, who are lobbying the government to ease it.

Even though certain sections of the media joined the government supporting the implementation of such a cap, many respected journalists are fiercely criticising the proposal, describing it as ‘wrong’.

However, some of these business firms, most of them very powerful, warned the government not to go ahead with the cap, and are demanding ‘a relaxation of the proposal’.

Some of the chief executives and directors of the companies publicly endorsed the current government, but are now speaking to influential ministers asking them to revert or at least loosen the proposal.

Speaking to The Point, a respected economist who is very close to the current debate, said that ‘after careful consideration of the proposed cap, some of these bosses took the issue to some prominent ministers, and demanded a rethink’.

Many big companies and corporations, totalling over two dozen of them, were among those who supported the government’s spending cut to stabilise the economy, but some of them are calling on officials to ensure that the cap should not cause businesses to suffer.

The opposition Labour party constantly argued, during the election campaigning, that such immigration cap was ‘impossible and impractical’, and could not be implemented.

Current Immigration Minister Damian Green, who is a member of the Conservatives, received requests from employers warning that the cap on immigration would prevent employers or firms to hire and recruit staff.

The Liberal Democrats, who equally campaigned against such a cap, but are now a part of the coalition, are finding it difficult to justify such a move.

The Business Secretary, Vince Cable, who is from the Liberal bloc, is not in favour of the cap, and is equally pressing for a ‘relaxation’.

In fact, some of Cable’s colleagues are more adamant, and a few weeks ago, the youngest Liberal Democrat parliamentary candidate decided to defect to the opposition Labour party protesting that ‘the Liberals should not accept the Conservatives’ policies and abandonment of key elements of his party’s programme’.

The debate about such issues continues, especially when the cuts are extended to welfare benefits prompting some well-known commentators to describe it as a ‘war against the welfare state’, and fearing that poor families will suffer most.

However, Chancellor George Osborne maintains that the cuts touching almost all sectors of British society, and amounting to billions of pounds, are necessary in order to ‘stimulate the economy and boost economic growth’. 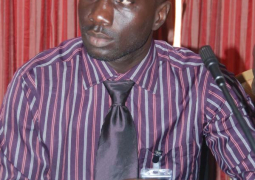