The trials of a number of high profile criminal cases are expected to commence today at both the High and Magistrates' Courts.

Among these is the trial of Carnegie Mineral Company and its Managing Director, Charles Northfield, which is expected to commence today at the Banjul High Court before Justice NaCeesay Salla-Wadda.

Carnegie Mineral Company and its Managing Director are standing trial at the Banjul High Court on three count charges of Economic Crime and one count of theft. The suspects have vehemently denied the charges since.

In another development, the trial of the former senior civil servants at the Department of State for Foreign Affairs, Bai Ousman Secka and Muhammed Batata S. Juwara, is also expected to commence today before Magistrate Mboto of the Banjul Magistrates¢ Court.

Furthermore, the trial of Mam Sait Ceesay, former Press Officer at the Office of the President, is expected to continue today at the Banjul Magistrates¢ Court before Magistrate Kayode. Mr Ceesay is standing trial on two counts of false publication and broadcasting, which he denies.

In a similar development in the crisis, 88 suspects are also due to re-appear today at the Brikama Magistrates¢ Court before Magistrate Edrisa Mbye. The 88 suspects were charged with arson, going armed in public and conspiracy to commit a felony. They equally deny the charges. 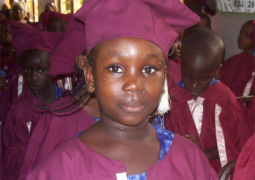