A written ministerial statement seen by The Point following a series of investigations, including going through both official and unofficial reports regarding deportations and the removal of illegal migrants, has highlighted the existence of an ‘approved new restraint system’ for deportees in the United Kingdom.

The official statement which was recently laid in the House of Commons by James Brokenshire MP and in the House of Lords by Lord Taylor of Holbeach, revealed a detail approach regarding immigration removals.

Consequently, the UK government has accepted the ‘new restraint system for safely managing people being escorted during immigration removals’.

Both human rights bodies and the press had campaigned for such reforms, and are ‘delighted’ by the approval.

Our investigations also discovered that ‘the bespoke training’ is tailored to the experience and behaviour of detainees and staff in immigration removals, and provides ‘practical tools to de-escalate situations and minimise the use of restraint’.

Furthermore, the new system pointed out the need for ‘safe escorting’ which had been ‘acknowledged by the Home Office for some time’ but was brought into sharp focus in October 2010 with the ‘tragic death under restraint of an Angolan National, Jimmy Mubenga’.

The new system has been assessed by the respected Independent Advisory Panel for Non Compliance Management chaired by Stephen Shaw. Among others, it was established to provide ‘support to the National Offender Management Service in the design of the new training package’.

The report also recognises the ‘balance to be struck between treating detainees with respect and minimising the need for restraint… and responsibility to enforce immigration law, which sometimes requires the use of physical intervention’.

The new method also places even ‘greater emphasis upon measures to reduce anxiety; to de-escalate tension; and to minimise recourse to restraint’.

“Our aim throughout has been to help the Home Office to adopt the best possible restraints package: one that avoids force whenever possible; one that minimises harm and maximises safety. Although no use of force can ever be entirely risk-free, in large part we believe we have achieved that objective”.

The report also stated that in the ‘21st Century presents unrivalled opportunities for international travel: whether to visit, to study or to work…’ Such opportunities, it added, are one of the glories of the modern world’.

However, it clearly pointed out: ‘But all nation states exercise control over those who wish to enter or stay within their borders; indeed, such control is part of the very definition of national sovereignty…It is entirely legitimate that those who have no right to remain in the United Kingdom should be expected to leave’.

“But where force is used, the evidence suggests that it is used in the final stages of the removal process, predominantly at or before the point of boarding, with around 20% occurring on board the aircraft itself”.

The latest ‘Asylum Aid-Protection from Persecution’ report Issue Number 123 published recently expressed concerns about deportation procedures. The project, which mainly supports women on a range of issues such as ‘female genital mutilation (FGM), sexual harassment, honour killing and violence’ around the world, also maintained that affected women should not be removed forcefully.

If the new Home Office package is rolled out successfully, officials ‘hope and expect that the use of force will decline further’. And where its use cannot be avoided, ‘we believe the techniques and training to be offered will ensure it is as safe as any physical intervention ever can be’.

Meanwhile, some human rights advocates trust that the new methods are ‘reassuring and encouraging’, especially when officials acknowledged that the government ‘accepted all of its recommendations’.

Thus the UK government’s efforts have been commended, especially for ‘listening to all sides’ from the political spectrum, including to expressions of unease from other private bodies.

Officials were also extolled for ‘considering everyone’ despite their political affiliation or connection, particularly concerns emanating from the independent press.

Accordingly, the new training for overseas and in-country escort staff will be implemented starting on 28 July 2014. It is expected to be a blueprint for future operations. 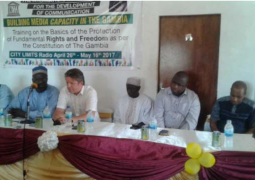