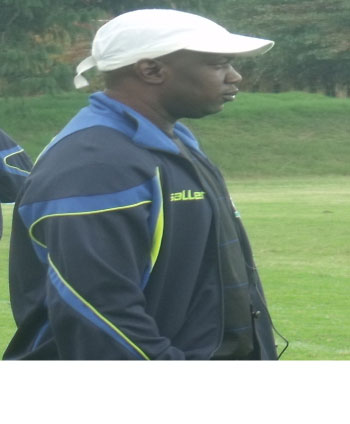 Kalifa Manneh, team doctor of the Gambia national U-20, has called on the country’s football authorities to consider helping the national teams of The Gambia to get adequate and timely preparation to avoid late arrival of the national teams at international championships in the near future.

Manneh, a medical doctor of the Darling Scorpions who travelled with the Gambian team to the Caf U-20 Youth championship in Johannesburg, South Africa, said the way and manner in which the Gambia U-20 team travelled to South Africa was properly unprofessional.

The Darling Scorpions, as they are affectionately called, landed at the Johannesburg International Airport less than 24hrs before their opening match in the eight-team Caf Youth Championship against Cameroon with serious complaints of tired legs and fatigue, which absolutely hindered their chances of making any positive impact against Cameroon.

They eventually ended up losing that game 1-nil thanks to Sally Edgar’s  long range free-kick after some defensive errors between centre half Matarr Jobe and goalkeeper Musa Camara much to the dismal of the Gambian fans back home.

Speaking after the team’s poor showing in Johannesburg to this reporter who covered the event in the South African capital, Manneh outlined the numerous constraints the players endured on the eve of their opening match against Cameroon with a good number of the players who failed to have enough sleep after serious complaints of cramp problems and a serious pain in their hamstring amongst other pains.

“It is not normal for a team that is supposed to play less than 24 hrs to undergo such a long and difficult journey,” Kalifa Manneh, also known as Kal, lamented.

“When we came here, we were so tired after a sleepless night and I had to work very hard with my psycho to help some players who were complaining of pain in their hamstring and cramp and I was even afraid whether they will play the opening game,” he said.

“A player should rest for 24 or 48 hrs to prepare for a football match but how can you perform under such circumstances after undergoing such a hectic and miserable journey,” he added.

“And at the same time if you look at the climatic condition in South Africa and The Gambia, it is different, which also contributed immensely to the team’s poor showing during their opener.“The players have lost a lot of water and energy and that made life difficult for them in Johannesburg,”

Football pitch at the Dobsonville Stadium in South Africa where the Darling Scorpions played their opening two matches against Cameroon and Ghana came under heavy criticism with critics claiming the pitch was not good enough to host important tournaments of such and The Gambia’s medical team doctor added his voice to the poor condition of the Dobsonville venue.

“The pitch at the Dobsonville Stadium also contributed immensely to the team’s poor campaign because it was as bad as our preparation,” Manneh told this reporter in an exclusive interview at the team’s hotel in South Africa.