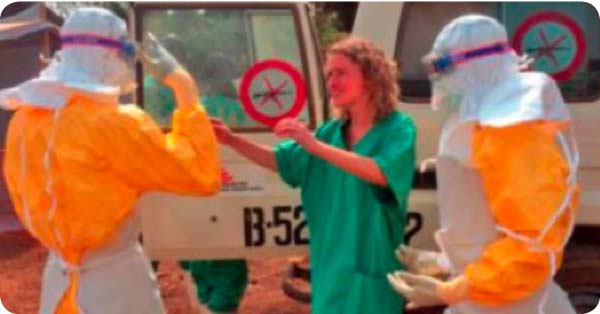 The ministry of Health and Social Welfare in Banjul has revealed that two persons, who arrived in the country from Guinea, have been placed in an isolation ward and their samples taken for testing for Ebola at the regional reference laboratory in Dakar, Senegal.

The Gambian health authorities on Wednesday in another press release announced: “Due to the active surveillance system the Ministry has put in place, two people who travelled from one of the affected areas in Guinea (Macenta) have been traced by the surveillance network.

“Although their clinical signs are not specific for Ebola, they are being treated in an isolation ward and all standard infection control measures are being observed.

“The MOHSW does not want to take any chances, so their samples have been taken for investigation in the regional reference laboratory in Dakar to rule out Ebola infection.

“Contact tracing and follow up are on-going. The public will be notified on the outcome of this investigation, as soon as information is made available.

Meanwhile, the health ministry in Banjul added that “to date, no confirmed case of Ebola has been reported in The Gambia.”

It reassured the public that “there is no need for panic, and people should go about their normal business; but to remain vigilant and report any suspected cases to the nearest health facility”.

The public health authorities reiterated that they are “closely monitoring the Ebola situation in Guinea Conakry and neighboring countries.”

“Because Ebola is a very fatal disease and spreads very fast within the human population, the Ministry of Health and Social Welfare in collaboration with its partners and stakeholders has taken a number of preparatory measures to prevent the disease from spreading into the Gambia.

These include pubic sensitization in through the media; briefing of stakeholders on the national response plan; reactivation of existing emergency preparedness and management structures and networks; a country-wide rapid assessment of supplies and resources available on the ground and at health facilities in preparation for any epidemic; reactivation of cross border consultations, and deployment of public health officers at strategic border areas with Senegal, and at Banjul international airport to provide a 24-hour service of sensitization and screening of incoming travelers; and strengthening the disease surveillance system to track both active and suspected cases of Ebola.

“The signs and symptoms of Ebola are similar to some other conditions and they may include vomitting, diarrhoea, sore throat, joint and muscle aches, stomach pain, headache, red eyes, and bleeding from body openings may be seen in some patients.

“People can be exposed to Ebola virus from direct physical contact with body fluids like blood, saliva, stool, urine, and so on, of an infected person and soiled linen used by a patient.

“To prevent Ebola, people should therefore avoid direct contact with body fluids of a person suffering from Ebola or has died of the disease. Strict personal hygiene through hand-washing should be adhered to, at all times.”