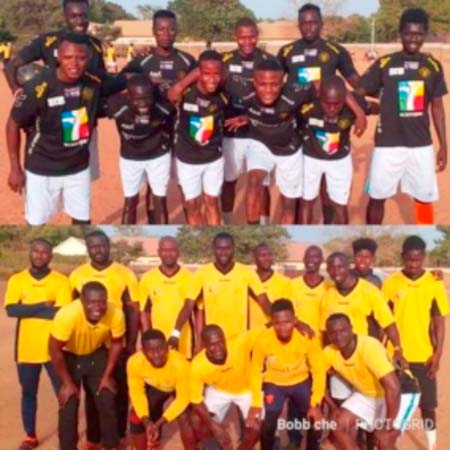 Second Generation of Fajara South Atlantic football club over the weekend beat Admin and Technical staff in the final of the Faraja South Atlantic ‘dello njukal’ football tournament played at Cocktail football field to be crowned champions of the four-team tournament.

The final attracted a good number of spectators and dignitaries.

The tournament was initiated by Nyaw Kebba Ceesay, president of the football club and sponsored by a former player now based in Sweden.

The knockout tournament is meant to show appreciation to all players who have ever played for Fajara South Atlantic FC, officials of the team, those who invested in the team, fans as well as all well wishers.

The idea was also meant to show appreciation to the players of the club for their willingness, commitment and dedication to the team.

Nyaw Kebba Ceesay, president Fajara South Atlantic Football Club who initiated the tournament said the final was played in a peaceful and respectful manner and atmosphere.

Mr. Ceesay urged young players to be committed, disciplined and work hard, saying there is no loser in sports because even if you do not win games it makes you healthy both physically and mentally.

He observed that if you are fortunate to become a professional footballer you also earn a lot of money monthly.

Meanwhile, the committee plans to commence its ‘noran’ tournament next weekend, and is therefore inviting interested teams to come forward and register before 10 March 2020 which is the deadline for registration.