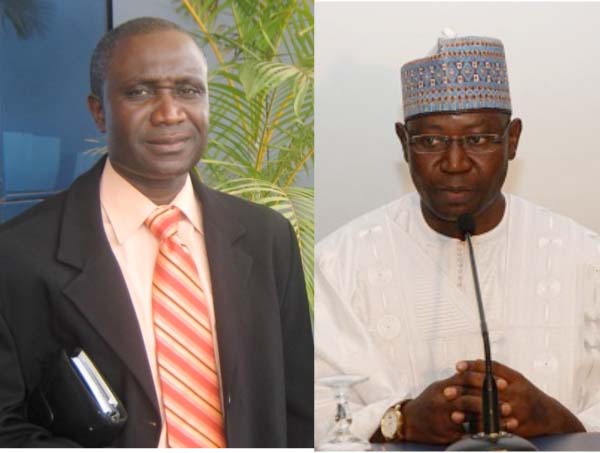 The Gambia Moral Congress (GMC) and the Gambia Party for Democracy and Progress (GPDP) have formed a coalition ahead of the 1 December 2016 presidential elections in The Gambia.

The coalition of the two opposition political parties is known as ‘The Peoples’ Alliance’.It was finalised after GPDP Leader Hon. Henry Gomez and GMC Leader Lawyer Mai Ahmad Fatty signed a Memorandum of Understanding on behalf of their parties on17 March 2016.

“It was the result of series of intense consultations between the two sides,” the two leaders said in a joint statement announcing the formation of a coalition to contest the over 21-year reign of the ruling Alliance for Patriotic, Reorientation and Construction (APRC) party of President Yahya Jammeh.

In the last presidential election, held in 2011, GMC was with UDP while GDPD was with the United Front together with the National Reconciliation Party (NRP), the People’s Democratic Organisation for Independence and Socialism (PDOIS), the National Alliance for Democracy and Development (NADD).

As the preparations for the 1 December 2016 presidential election are getting more intense, sources said other opposition parties are also at an advanced stage in working out the modalities of a coalition.

However, APRC National Mobiliser Yankuba Colley has said the opposition coalition “is not a threat” to the ruling party for the 2016 presidential election.

Last week, he was quoted by a local newspaper as saying “even if all of them [the opposition parties] come under one party and contest against the great APRC”, they will be defeated.

Meanwhile, The Peoples’ Alliance is calling on the Independent Electoral Commission (IEC) to make sure that the processes leading towards the elections are free and fair, from now, and not just during scheduled campaign period.

Still in solidarity with G-6

In the statement of The Peoples’ Alliance, the GMC and GDPD leaders said they are mandated by their national leaderships to seek to synergise their efforts and actions towards the enthronement of credible electoral and electioneering processes in The Gambia.

Both parties are part of the G-6 – group of six opposition parties formed after the 2011 presidential election.It was formed to push for comprehensive electoral reforms for the conduct of credible elections, as a pre-condition for holding elections in The Gambia.

“This was the main reason why we were excluded from the last parliamentary elections of 2012,” the two party leaders said, emphasising their “loyalty to the principles of G-6”.

“Abandoning the principles upon which G-6 was created, would amount to a betrayal of the voters and their conscience,” the new coalition said.

They said they have no reason to change their position on the commitments they made under G-6 in 2012, “because the political atmosphere and the conduct of the operators of the system have deteriorated further”.

IEC on the whips

In their statement, The Peoples’ Alliance has also noted with concern that The Gambia electoral system has been “further emasculated” by the Elections (Amendments) Act 2015.

These amendments, according to the Alliance leaders, were drafted and passed without any prior consultations with the opposition or civil society in the country.

“Consequently, the statute is devastatingly exclusionary, discriminatory and unconstitutional, further weakening opposition parties and imposing draconian conditions on the formation, operation, management and funding of political parties,” the coalition said.

The founders of the coalition said the legitimacy of the IEC and its integrity is being put to serious task with the expiry of the tenure of its chairman.

“This, together with the fatally anomalous electoral and electioneering situation, renders the conduct of credible elections an impossible exercise,” they said.

The coalition called on the IEC, the APRC and all stakeholders to commit themselves to a genuine electoral process.They also urged the other opposition parties to join efforts in enthroning “the true aspirations of the voters”.

The GDPD and GMC leaders said they will not put their personal political ambition above the interest of the public.

“The Peoples’ Alliance commitment to achieving equitable electoral reforms shall not be extinguished by political convenience,” they said, expressing their willingness to a constructive national dialogue on the way forward.

The Alliance leaders said they are committed to working with those who are engaged in efforts at uniting the opposition on a consensus principle.

They explained that they have the intention to adopt a common policy position and action on matters relating to democratic reforms, issues relating to credible elections, and consultations on a consensus approach.