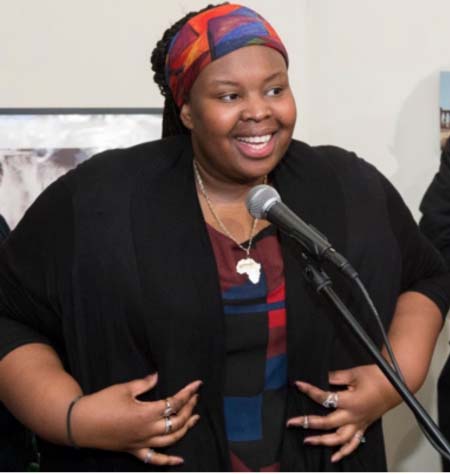 Two Gambians, a mother and her 24-year-old daughter, are said to have died at the Grenfell Tower fire in west London, UK.

Khadija Saye, a 24-year-old artist, was confirmed to have died yesterday. She lived on the 20th floor of the Grenfell Tower block in north Kensington with her mother, Mary Mendy, who is also feared dead.

They are among the 17 people who are said to have died in the incident.

Mohammed Alhajali, a Syrian refugee, was the first person to have been confirmed dead.

Many people from the 120 flats remain missing, with relatives and friends desperately appealing for information.

Health officials said 37 people were still in hospital, 17 of them in a critical condition.

Firefighters are working their way through the smouldering remains of the building’s 24 floors, but the fire is out.

Specially trained dogs are being sent in to look for victims.

A specialist fire investigation team has identified what is believed to have been the flat where the fire began.

Witnesses of Wednesday’s disaster said some people jumped from their flats, while others saw babies and children being dropped into the arms of people below.

London Fire Brigade said it had rescued 65 people and that firefighters managed to battle all the way to the top floor.