Twenty-four Gambian wrestling coaches were yesterday certified after successfully undergoing a two-week level one training course at the Friendship Hotel in Bakau.

George Gomez, the Executive Director of the Gambia National Olympic Committee, speaking at the closing ceremony, stated that the two- week level one coaching course for Wrestling Coaches will help develop participants to be better prepared, ahead of the International Wrestling Championship in the very near future.

Mr. Gomez challenged the combined forces of the Gambia National Army to be actively involved in wrestling so as to develop the game in the country.

"You must no be content with what you have, but you must also try to produce or develop at least one wrestling champion as part of your own contributions towards wrestling in the country," he challenged participants.

The Coach Director, Losco Latif of told participants to begin serious work, if they are to become national champions.

Mr. Latif who described the course as successful also remained hopeful that participants would do everything in their capacity to make the best use of what he taught them.

The Bulgarian national who is said to have accumulated a wealth of experience in different types of sports finally thanked participants for taking the course seriously and wished them well in their efforts to win medals at international level as well as in the Olympic Games.

Seedy Chorr who delivered the vote of thanks on behalf of his colleagues expressed satisfaction for what he described as a highly-standard coaching course for Gambian wrestlers.

He said the training would enhance their efforts to adapt to the latest types of wrestling, which is currently being practised in the Olympic Games.

Abdou Syllon, who chaired the occasion, recognised the significant role played by the Gambia National Olympic Committee and the government of The Gambia towards successful organisation of the programme.

The closing ceremony was attended by the Executive Secretary of the National Sports Council, Alieu Y Cham, the Deputy Director of Youths and Sports, Suteh Jawo who called for concerted efforts in all sports in order to realise the attainment of sports for excellence.

The training course was made possible through the Gambia National Olympic Committee from the Olympic Solidarity. 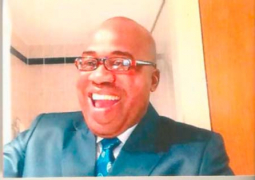