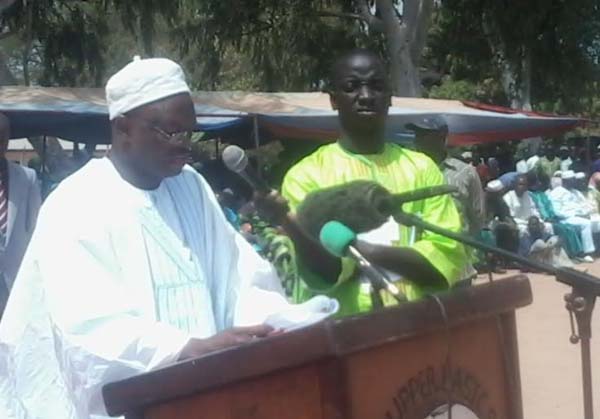 Hon. Lamin Jobe, Gambia’s Minister for Trade, Regional Integration and Employment has revealed that data has shown that bilateral trade between Turkey and The Gambia has been on the rise for the past decade.

Minister Jobe made these remarks on Monday during the opening of a Turkey-Gambia business forum held at Paradise Suites Hotel.

The forum was jointly organised by Gambia Chamber of Commerce and Industry, Turkish Foreign Economic Relations Board, Gambia’s Ministry of Trade Regional Integration and Employment and Gambia Investment and Economic Export Promotion Agency as part of activities of the visiting Turkey President to The Gambia.

The forum was geared towards bringing together business operators from the two countries as part of ongoing efforts to widen and deepen trade and investment ties between the two nations.

Trade Minister Jobe added that the volume of trade largely consists of Turkish export to The Gambia.

He pointed out that currently Turkish clothing and home textile industries have a significant place in the world market, adding that the clothing and textile industry in Turkey is largely based on cotton and domestic output and does not fully meet the demand which makes Turkey the third largest cotton importer.

He further said that about eight percent of the cotton trade in the world is invested in sub-Saharan Africa which has more planting capacity and a competitive advantage due to the AGOA.

In The Gambia, Hon. Jobe said “we have 43.5 percent bearable land as a share of land area,” adding that in the past cotton used to be the second cash crop after groundnut in The Gambia.

According to him, work has already begun to revive the sector starting in the Upper River Region considering that our main cash crop has lost value in the international market.

“We are hence promoting the production of cotton, cashew, sesame and horticultural products as well as light manufacturing and ICT.” He added that in this regard, Turkey can provide technical, technology and vocational education support to increase productivity in these sectors and give mutual benefit.

He observed that since the first Turkey-Africa Summit in 2008, Turkey has blended the development package; technology transfer, human resource development and infrastructure development has contributed to Africa’s resurgence.

He noted that the government of The Gambia has embarked on serious reforms to continue to enhance the competitive test and increase inflow of foreign direct investment into the country.

Ruhsar Pekcan, Turkish Customs and Trade minister, said many Turkish investors intend to invest in The Gambia, adding that Turkish industries also intend to build infrastructure in The Gambia.

She highlighted that they are more than willing and ready to support Gambia’s development plan.

“Africa is of great importance to us and I hope this will be the seed of many fruitful relations,” she stated.