The team which started with a 3-0 defeat to Dundee United has only four points in three outings thanks to their 2-1 over St Mirren in their last outing.

Currently standing 7th on the table, the coach Pat Fenlon is hoping that new signing Shefki Kuqi will add a fresh touch to the team’s attack as they try to extend their resurgence, according to BBC.

Hibs’ season got off to a poor start with a 3-0 defeat at Dundee United but four points from their last two games has eased the anxiety among the Easter Road faithful.

The Eastern road side is set to host St Johnstone in Saturday’s important home game. 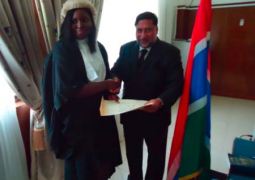