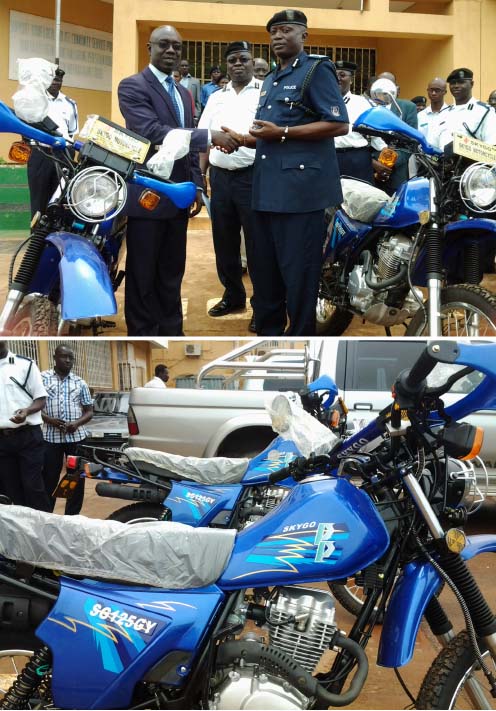 The bank that brands itself as “Proudly Gambian” has once again made a significant donation of two giant Motor-bicycles to the Gambia Police Force at a presentation ceremony held on the 5th September 2013 at the Police Head Quarters in Banjul.

For his part, Mr. Dodou Nyang the Senior Manager Marketing and Sales at Trust Bank thanked the Police for their various services in providing peace and security to the nation. ‘We are grateful to the Police for their tireless efforts in ensuring that there is a security that promotes an ideal environment for smooth business operations.’

Mr. Nyang further saluted the Police for their patronage as most of the police officers choose Trust Bank as their bank especially when the government required all civil servants to open a bank account into which their salaries are paid.

He expressed the hope that the donated materials will be of great importance to enhance the smooth facilitation of their duties.

The ceremony was attended by officials of Trust Bank Ltd and the Senior Command of The Gambia Police Force.