In July of this year I graduated from The University of Sussex and was surrounded by my family, friends and loved ones. Everyone who meant something to me attended in person or sent their regards except for my grandpa. I laughed and congratulated my friend as she introduced me to her grandparents, which made it obvious that I was missing one grandparent at my graduation. It’s the little and big things that affect you in life, when you need the support and advice of your grandpa. For example with a job search he would’ve been able to help me find a career that I would enjoy and succeed at, or when writing an essay and I needed a media example for the piece. I unfortunately missed out on all of these things. I was only a small child when he was snatched away from me. I did not know he had been brutally murdered. He travelled around a lot, so I told myself that he’s just on another Media Seminar and will be back home soon. Months passed on and he did not return. Tears flowed on each year and he did not return back to my grand mothers eyes, so I knew that he was no longer here. The only thing we can do right now, is keep his legacy alive and stick together as a family. I have learnt that family is important, especially after losing the head of your family. It is now 15 years and we still have not had the easy question “WHO KILLED DEYDA HYDARA” answered. It is not a thesis, but a simple question that the previous and current Government has failed to answer. If it had not been for journalists like my grandpa putting everything on the line for the sake of journalistic integrity, what would Gambian newspapers look like? Would there be a point of having news? We would be seen by The West as a backward country, that fails to keep citizens correctly informed. DEYDA HYDARA was a citizen of The Gambia but he was unfortunately failed by his own country, as The Gambia for the past 15 years has failed to get him justice, even after Jammeh’s dictatorship ended. The image in my head of my grandfather’s bullet proof vest laying around in the house, will never leave my head, why did he not wear it? Why was he not protected by The Gambia Government?

He is a Hero, if not for him The Gambia wouldn’t be the place it is now. A saviour he gave up his life for us and for Gambia.

Back then most people would not have spoken up because of Jammeh, but my grandfather stood up and spoke up for what he believed, for what was right. You may lose everything in your life but believe in yourself, this is what it takes to tell people the truth and change their lives by telling it. When we write what can happen is beautiful, cannot be explained, writing inspires and uncovers the truth.

If only he could be here to see his beloved Country, looking at his family and seeing his grandchildren but unfortunately he can’t. I wish, I just wish that he could see me now how I’ve grown, how am getting taller, he never met Kura, Me or Parker, only Amie is the lucky one.

On the 16th of December 2004, my grandfather was on his way home .It was his wife’s birthday but Ma, his wife was in a different Country. When he was coming home from work, Sadly that was his last journey home but he never made it home. Jammeh pulled the trigger then and believed he silenced a voices but it only made more voices, more opposition, more heroes. Happy Birthday Nan. I love you, please enjoy your birthday.

On the 16th of December 2004, tragedy struck the Hydara family. Dictator yayah Jammeh was still in power manipulating and neglecting the Gambian people. Journalists were tortured, there were multiple killings, it was a brutal time to live in the Gambia people were scared and oppressed. Someone had to do something.

I wonder why out of all of the population why did it have to be him? Why didn’t he hide or blend in? Why did he care about random strangers’ wellbeing when he had five children at home?

Because he was a devoted hero, a brave journalist and his name was already cemented on the walls of heroism.

And no one , not an army not a wall not those blood thirsty vampires that shot him could stop him.

Did these ignorant criminals consider the tears, the pain and the suffering. Not knowing what my grandfather looked like was sad. When i was little i thought my mum and nan cried every 16th of December because of the cold and ice in London, but it was about something more numbing than the cold. Moments of bonding time and a relationship with my grandfather taken away destroyed, shattered into  a lake . A lake of tears, an oasis of nightmares, puddle of darkness and an ocean of sorrows. Sorrows of strangers, people who he took under his wings, he raised like his own, his kindness was so overflowing that he shared it with strangers, friends and enemies. He lived up to chatlotte Brontes quote “love your enemies, bless those who curse you”.

The on going suffering of his family is unbearable.

Little did they know what this man they had shot dead, was capable of...  for he had the power of free speech.

On the 16th of December 2004, all was happy, before the life changing devastating news was heard. My grandma ( Deyda’s wife ) was celebrating her birthday . The news hit her before she could blow out a candle of her cake. She was and is still the glue, the bit that made sure that the pieces of the puzzle remain stuck together.

Every year people write about my grandfather... but what happened behind the notebook and pen. The current heroine who’s one of my personal role models is my grandma (Mariam Hydara) a fearless, courageous, kind, caring, welcoming yet firm. She nursed her children after her husband’s death and she helped raise 4 grandkids Thank you granny and HAPPY BIRTHDAY MA. 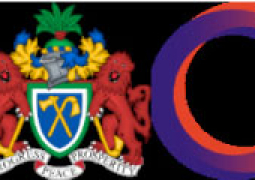