TRIBUTE TO A BEAUTIFUL EVER SMILING AUNT 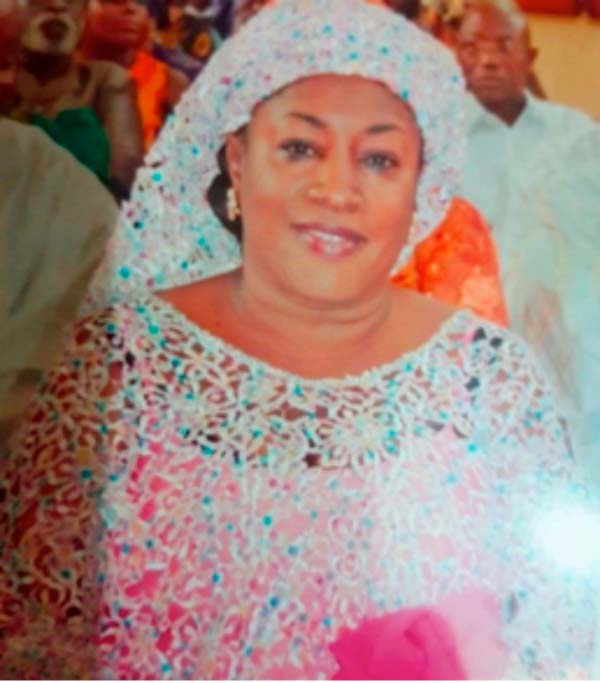 “Inna Lilahi Wa Inna Ilaihi Rajioun (To Him we are from and to Him we shall return)”. Succumbing to the inevitable and reality that awaits every living soul and creature that mankind is no exception to, the MUST rule despite who we are, our status and possessions. With extremely heavy heart, I attempt to write and put up this piece together in respect of paying homage to Aja Nyanga Njie Cole fondly called Olsin, formerly of 29C Old Primet Street.

Every individual took pride in associating him/herself with this special soul all due to her humility and level of generosity. She was fascinating with radiant and sparking smiles as the silver linings in the sky.

An admirable and remarkable personality whose presence was captivating and charming to all because of her inner beauty which manifested themselves outwardly. She rejoiced with delight whenever giving out as a hallmark of the forefathers.

At 62, she left this space to answer to the call of Al Jabar, Al Malik as He states “Kuli Nafsin Sayihati Maout”. Another star has fallen and a bright light had extinguished and left a vacuum that could never be filled. An exceptional athlete in the arena of Basketball with skills blended with talent and agility, couple with passion for the game.

A compassionate person who observes humility and invested heavily in the welfare and wellbeing of the people as part of her Ibadah. Commitment made her to appoint herself as ambassador extra ordinary plenary potential in Abidjan and grandeur and played host to many Gambians on transit or first timers in Ivory Coast. She served to the best of her capability and ability assisting in most endeavours within the spheres of conscience on the basis of benevolence and magnanimity.

A shinny star of Fajar had fallen and left a beautify legacy to be emulated, cherished, nurtured, and embraced. A role model in diverse facets has been laid before the presence of the Almighty Allah whose Rahma encompasses over everything and testimonies upon testimonies before the Fradu Kifaya was all confined within the parameters of the expectations of a good Muslimah.

She lived life fully aware that the MUST day awaits and she devoted precious and quality time observing the pillars of the Deen as prescribed. She was a mother, a wife, an Aunty, a Sister and an entrepreneur. A rare model of modesty, politeness and a peace maker. She endure mediating to resolve misunderstandings and unnecessary conflicts.

Her exceptionality and the profound amazing relationship she had with Ivorians was manifested by the Ivorian delegation that flew from Ivory Coast under the leadership of the His Excellency President Abdou Rahman Watar’s Sister to pay their last respect.

As we were mourning our loss here in Gambia, calls upon calls were coming through from Gambians in Abidjan expressing that the Ivorians were in their numbers at her residence also mourning this great loss. In the services of Allah Subhanahu Wa Tala, she spend personal wealth and other resources to feed and accommodate compatriots and unknown visitors to Abidjan.

Testimonies upon testimonies were received from people who had once or on several occasions experience being welcomed in her elegant home full of humour and kind heart with tender and care, disclosed how well they were treated. All beautiful souls in Abidjan loved to be part of the Friday grand lunch she created in her home under her magnanimity in the selfless services of Al Kareem.

I often hear the grandchildren of Mam Boye bragging and taking pride in the way she brought them up and here affection towards her grandchildren in particular humanity. I heard over and over confessions that Mam Boye was very committed to raising her grandchildren with value and a strong sociocultural fabric.

Nyanga endeavored so much to see that people were not antagonized neither their view suppressed nor disrespectful to their personality. She hailed from a well cultured society and grew inculcating the same values and principles in her off springs and by extension to associates.

She was a reasonable person with firm conviction on sociocultural doctrines preached and practised by the forefathers. The void she already created after her departure is hard to be filled.

A woman of diligence and politeness with astonishing smiles that could break the hardest rock, continue to rest in peace as we invoke Allah to bestow His Rahma upon you and widen your grave with Nurr Bi Bara Kati Mustapha (SAW)….Aamin

You will remain lingering in our minds till we meet in Janatul Firdaus through the Infinite Rahma of Ya Rahman Ya Raheem… Aamin Wa Aamin. 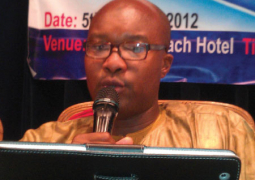 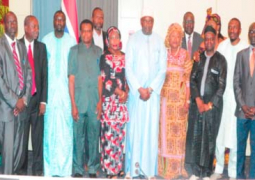