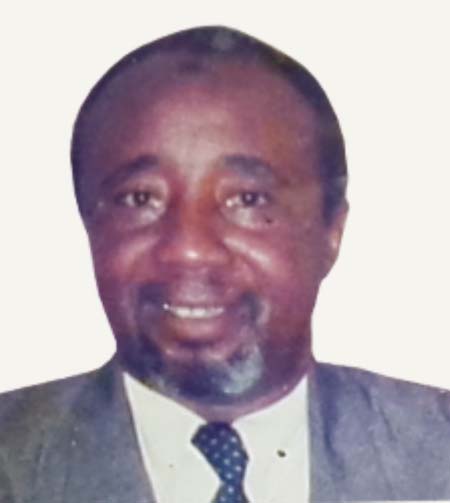 (Issue, Monday, August 22, 2016)
The death of Mr Ebrima Cole, former Director of Gambia Information Department, which houses the state-owned Gambia Daily Newspaper, sent shock waves of grief to the country’s media fraternity. His recent passing followed the shocking news of the passing of another iconic figure of Gambian broadcasting family, George Christensen, proprietor of Radio One FM. At the time of writing this tribute, when the Gambia media family is stilling mourning the loss of these two fine gentleman with excellent broadcasting legendary, the Gambia woke up to another devastating news of the death of a very successful broadcaster, Mr. Kebba Dibba, former Director General of GRTS and Director of TV programs, a post he held until his sudden passing a few days ago.  At a time when the Gambia Media fraternity has been plunged into deep grieving over the loss of some of its resourceful members, we pray that their legacies continue to illuminate for posterity and most importantly, for Allah in HIS infinite mercy to admit them all into the highest Jannah-Firdausi, and all those who preceded them in inevitable death.

I worked directly under him from 1998-2001 as a Media Assistant hired directly by the Public Service Commission after an interview headed by my former high school principal Sam Njie of the St Augustine’s who became the commission’s chairman upon retirement. Out of respect, the entire team at the Gambia Daily at the time called him Mr. Cole and that team under his leadership comprised Aja Lala Hydara, as Deputy Director, Alieu Sanyang as Editor in Chief, Njoku Bah as layout artist, late Momodou Musa Seck and current Director of Information Service, Aisha Davis as principal information officers, late Momodou,  Trawalley, Bunja Touray, Babucarr Lowe, Mendy and my humble self as reporters, and Mr. Summers as editorial consultant, just to name a few. I joined the group freshly from Citizen FM radio under the tutelage of the late Babucarr Gaye, soon after the first closure of the station in 1998. Mr. Cole was very supportive to all his staff and made me feel very comfortable at the Gambia Daily as a new here with a very different perspective. From the get go, it was very hard for me to transition from being a member of a private media house that was constantly making the  Gambia government accountable by constructively scrutinizing its policies and programs to being a conforming member state-owned newspaper, which was habitually responsible for reporting on government functions and also promoting its program and policy agenda. It was through the constant mentorship I received from Mr. Cole and his dedicated news affairs head, Mr. Alieu Sanyany that enable me fit very well but gradually in my new career as journalist and reporter for the state newspaper.

Out of humility, Cole would call me into his office to mentor me willingly. He repeatedly encouraged me to seek further education and consistently acknowledged how impressive he was with my writings skills. I repeatedly told him it was my premier mentor Babucarr Gaye who molded me, together with his new editor Ebrima Sillah, at Citizen FM Radio and New Citizen Newspaper.  I later pleasingly discovered that Cole and Babucarr AKA Mbaye were very close friends and their impressive friendship dated back at their time at radio Gambia and they never abandoned each other since then.  Admittedly, the in-house training courses that Babucarr Gaye offered to his staff at Citizen FM and his willingness to send his staff members to national media training programs were profoundly beneficial. The Thomson Foundation Training in 1998 was such a colossally rewarding training program in news writing that I personally benefited from. I became fond of Mr. Cole and during one of our private meetings in his office; he showed me a picture of his youthful days at Radio Gambia as a young staff member before he rose through the ranks to become Director of Broadcasting. The group picture to the best of my memory included some iconic media personnel such as the late Babucarr Gaye and Pa Dixon Colley and two others I struggled to remember now and accompanied by a cheerful and reverberating laughter; he told me if I remembered anything about Radio Gambia in the early 80s, recounting that he was among the best voices on the air waves of Radio Gambia as news reader. I told him I was too young to remember those days, but sounded names like Mariah Cal Valor, Jainaba Nyang, Peter Gomez, Louis Thomasi, Amie Joof- Cole, who was his wife, Malick Jeng, Malick Jones, Tom Bright and legendary commentators, Brother Bora Mboge and  Saul Njie as my favorite broadcasters and news readers. In that picture, Mr. Cole look charmingly handsome as a young journalist and in what appeared like an afro hair style and dressed neatly in his signature ambassador suit, you could tell he was a handsome and smartly dress young man with great taste for fashion. Reflecting on his youthful age and prime media time after handing me that memorable picture, he jokingly told me he was the dream of every young girl then for marriage, but quickly reminded me these were typical boyish temptations and seriously counseled me to be God fearing and never forget that Allah will hold all of us to account on the day of judgment. Cole’s leadership style was engrained in undaunted humility and he interacted fittingly well with his team with measured humbleness without an atom display of being a boss. We joked together and the Ataya vous at the daily premises with the late day- time security man Ebrima Jarju at the barada were never interrupted.  His humility and support positively impacted the Department drivers like Koto Ousman and the late Bara Njie and messenger Nfansu Colley.  Fully aware that my monthly salary was not enough and transport fare was a perennial problem for me, Cole happily offered me free ride to my abode in Bundung at the close of work each day.  His car was fully loaded with staff members and at his instruction, each got dropped off at a convenient location of their choice close to their homes. As a pious Muslim, Cole never comprised the appointed daily prayer times and no matter how busy he was, he would still find time to dutifully perform his prayer during office hours. He would even ask some of us if we have prayed Salatul Duhr, which usually finds most offices still open in The Gambia

My National Assembly deployment as reporter

By way of professionally executing his mandate as the Director of Information Services, Mr Cole would ensure that I gave fair and balanced reporting on proceedings of the national assembly for publication on the Gambia Daily.  At the time, we had few but very strong opposition members in parliament who were characteristic newsmakers and the impressive parliamentarians included Uncle Seedia Jatta, PDOIS Wuli Member, Kemeseng Jemmeh, UDP Jarra member as minority leader, Hamat Bah, NRP leader, Seedy Amang Kanyi, Omar Kebba Mass as very effective contributors during parliamentary debates. On the government side were the late Tamsir Jallow as majority leader, Neteh Baldeh, Fabakary Tombong Jatta- the incumbent APRC majority leader who was member for Serra Kunda East at the time. Parliamentary debates and Question and Answer sessions with Secretaries of States - now Ministers during those days were very juicy, witty and attention-grabbing as recorded rebroadcast over Citizen FM radio would later show.  It was a most during those days for National Newspaper headlines on the pages of The Point, Independent, Daily Observer and Foroyaa newspapers to carry hot National Assembly news.

Cairo Study Tour and Move to the IEC

In 1999, I gained a fellowship award from the United Nations Fund for Population Affairs (UNFPA) to undergo a Higher Diploma Course in Population and Development studies at Cairo Demographic Center in Egypt. Completely funded by UNFPA and attended by 21 participants from various countries, the study tour provided me a life-time experience and contributed positively to my early professional and academic advancement. Once I happily broke the news of the award to Mr. Cole, he sincerely guided me through the requisite bureaucratic processes I needed to go through to acquire government study leave with full salary payment. He offered me a true avuncular advice and guidance and prayed for my safe return home. In 2001, I was offered a job at the Independent Electoral Commission (IEC) as Assistant, Training, Information and Public Affairs Officer to work under the direct supervision of Said Usuf as the Commission’s Communications Director at the time with Gabriel Roberts at the helm as Chairman. I made Mr Cole my reference when I put in my application and with alacrity, he vouched excellently well for me. He was never an impediment to my personal career growth and in my earlier effort in search for better employment opportunities. He simply told me that ‘Mr Sabally, you deserve to grow and you have the competence to excel’ and offered me his unalloyed congratulations when I was hired for the job. Even after leaving the Gambia Daily, I regularly visited the office to see former colleagues and kindhearted Mr Cole any time I went to Banjul for official errands, a trend that continued before leaving the country in 2001.

As I eulogize and mourn the late Ebrima Cole, who was undoubtedly an epitome of humility and professionalism, we must all continue to remember our fallen iconic media personnel. The list is not exhaustive, but it includes: George Christensen, Kebba Dibba, Ismaila Manneh, Samba Sabally, Deyda Hydara, Omar Barrow, AA Barry, Musa Camara, and Alhaj Mansor Njie.