Continuing his testimony under cross-examination, the first prosecution witness (PW1) Njaga O. Jatta, told the court that it was only the accused person who was recorded in the station diary.

When it was put to him that other persons were arrested with the accused person, the witness told the court that Buba Nyassi was one of those who were arrested, and that cautionary and voluntary statements were obtained from them.

The voluntary and cautionary statements were admitted and tendered in court as exhibits. 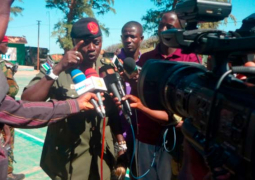