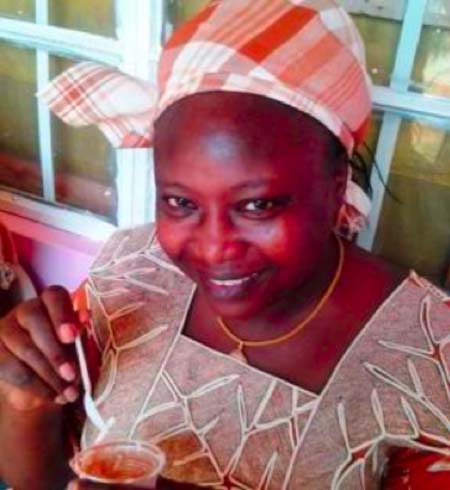 The trial continued yesterday of Veronic Carayol, the deputy commissioner of Enforcement of the Gambia Revenue Authority (GRA) at the Banjul Magistrates’ Court before Snr Magistrate Jacqueline N. Hakim.

The first prosecution witness, Kaba Secka, a security officer, was cross-examined, and told the court that during the investigation they did not find out whether the accused person did harass GRA staff, the public and visitors.

Secka told the court that Yankuba Darboe, GRA acting commissioner general, wrote in his witness statement during the investigation, that the accused did harass the staff and other important visitors to the GRA.

Counsel put it to him that during their investigation, the panel failed to find out whether the accused person used to harass the public including visitors to the GRA, but the witness denied this.

Defence lawyer Awa Ceesay-Sabally further asked him whether it was part of their terms of reference, during the investigation, that the jailed former Chief of Defence Staff, Lang Tombong Tamba, was Carayol’s boyfriend and that she used to visit his parents in Sifoe village.

The witness, in response, told the court that he was not aware of that.

Counsel further asked whether he knew that Mrs Lizzy Elizabeth Mendy is the wife of Pierre Mendy, who is serving a prison term for involvement in coup plotting, and she is still working for GRA, but the witness said he did not know.

Told by counsel that because the panel had felt that the entire allegations against the accused person were false, the panel decided to ask her to write a statement about Lang Tombong Tamba, the witness said he did not know about that.

He said he did not also know that Momodou Sabally, former Secretary General and Minister of Presidential Affairs, and Yankuba Darboe were good friends.

Secka said the recommendation of their investigation was fair, and they had conducted it fairly without fear or favour.

The case was adjourned to 15 October 2014, for hearing to continue.

The particulars of the offence in count one, which is ‘’abuse of office’, stated that the accused, in Banjul and other places, abused her office by allowing the official vehicle with registration No GRA63 to be used for carrying her sister’s employee and merchandise of baby diapers, and thereby committed an offence.

Count two on giving false information to a public servant stated that the accused, in Banjul and other diverse places, falsely informed the panel of investigators that there was document of an outstanding balance businessmen should pay, which she circulated, but it was retrieved by some GRA top officials, which information she knew or believed to be false.

Count four, stated that the accused, in Banjul and diverse places, said she accepted unsolicited money as gifts or reward, and thereby committed an offence. 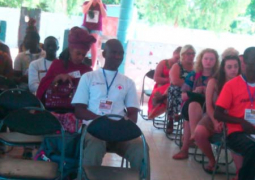 The Quest For Peace Is Paramount 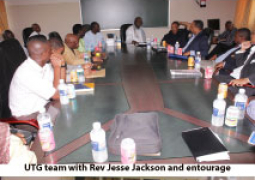