Magistrate Omar Cham of the Brikama Magistrates’ Court has said there is no appeal before his court to stay proceedings, and the prosecutor can bring a witness and proceed with the case.

The matter referred to is the conspiracy and disobedience to lawful order case involving Muhideen Hydara Caliph General of Darsilameh Sangajor and the village Alkalo, Buyeh Touray.

Senior defence counsel Antouman Gaye Monday told the court that he did not make any application before the court for a stay of proceedings.

This was when police prosecutor Sub-inspector Sarr said he was in court to reply to counsel’s application to stay proceedings, as the case had been adjourned for reply by the prosecution.

However, now that counsel has said they did not make such an application, Sarr added, the prosecution would apply for an adjournment to enable them bring their witnesses and proceed with the case.

Counsel Gaye then said he was “misquoted and misrepresented” about what transpired when they were in court on 18 September 2014.

“I reminded the court of the well-known principle that when the litigant is pursuing its remedy of appeal, nothing should be done by the lower court to jeopardize the litigant’s appeal.”

Counsel added that the defence team had submitted to the high court in Brikama an appeal to instruct the magistrate not to proceed with hearing the case.

He reminded the court that on 10 September 2014, when defence lawyer L.K. Mboge was present in court, Mboge made an application for the court to stay proceedings, to which the magistrate gave a ruling.

Magistrate O. Cham said the ruling was on the defence application for the court to stay proceeding, and refer the matter to the Supreme Court of The Gambia for interpretation and determination of constitutional issues raised by the defence.

Counsel then stated that when “you make an appeal for referral to the high court, the subordinate court should stay proceeding pending the appeal.”

However, the trial magistrate said the said appeal was not before the court.

There is no appeal before the court and, meantime, the prosecutor can bring in a witness and proceed with the case, Cham announced. 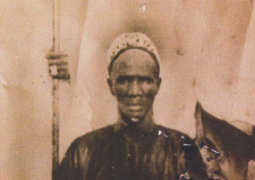 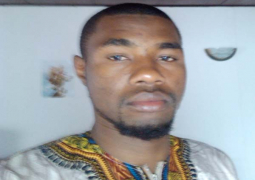