The accused persons earlier denied that they conspired to commit a felony, incited to cause violence and were not liable for the prohibition of conduct conducive to breach of the peace.

When the case was announced, lawyer Kebba Sanyang rose to tell the court that he was representing the third and fourth accused persons and also holding brief for Pap Cheyasin Secka and lawyer Camara.

He stated that he was making an application to the effect that count one of the charges before the court should be struck out and the accused persons be discharged.

He argued that count one was mentioning a specific offence on the particulars of offence.

He further stated that the court would take judicial notice that count one was another offence for which the accused were charged as count two.

"On 31st March, 2011, the court ruled, following lawyer Pap Cheyasin Secka's application that count two, which is incitement of violence, discloses no offence known to the law because in the court's view, the organization is a private one and if they are offended by any person it should be brought by way of civil action," counsel Sanyang argued.

He submitted that since count two had been struck out, there could not be conspiracy to commit that offence.

He added that the accused would not be said to have conspired to commit the offence.

He submitted that incitement or attempt, the result that is incited must be a crime.

"Crime of conspiracy should be limited to committing crimes only and not others," he further argued.

He urged the court to discharge the accused persons on count one, adding that they had not conspired to commit a felony because the offence had been struck out.

The new prosecuting officer, 3560 Colley, rose and told the court that he heard the application made by the defence counsel.

He posited that the case file had been sent to the AG Chambers for legal advice to reply to the application made by the defence earlier.

He applied for an adjournment for the prosecution to reply.

Counsel Sanyang opposed the application because, according to him, the prosecutor did not give out genuine reasons to adjourn the case.

"Cases are prosecuted upon an investigation and advice before accused persons are brought to court," counsel Sanyang argued.

At this juncture, Magistrate Tabally adjourned the case till 16 May 2011, for the prosecution to reply to the application made by the defence, adding that "if the prosecution fails to do so", the court would proceed with the ruling. 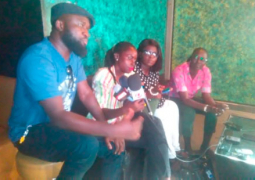 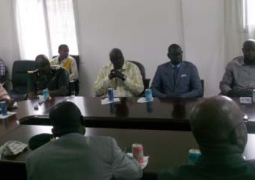