The use of Arabic/Quranic script to write in the native African languages has been in use by Islamic scholars in The Gambia and many other African countries since time immemorial.

This is fundamental in our religious teachings; it will make life easy for people to simply understand the Quran.

However, the practice had its setback simply because it was not standardised. Thus scholars were using the Quranic scripts in writing, with different meanings and interpretations. The difference that resulted from the liberal use of the Arabic scripts by non-Arabic speakers resulted in the need for a standardised script to ease communication and promote understanding in communication among people.

As a result of this initiative, the Islamic Educational, Scientific and Cultural Organisation (ISESCO), the Islamic Development Bank (IDB) and the Institute for Studies and Research on Arabization (ISRA) in , developed a system for transcribing the languages of the Muslim peoples using the Quranic script. Through the support of these organisations, it was then possible to transcribe twenty-one languages in West and .

A commission of phoneticians and phonologists belonging to these institutions proposed a set of signs (characters) to transcribe these languages.

It has decided that the sounds of African languages that are identical to those of Arabic be transcribed with the characters of the Arabic alphabet.

With regard to African sounds that have no Arabic equivalents, the commission has proposed some signs (adjusted Arabic characters) to represent them.

In the case of The Gambia, in 2001, ISESCO, in collaboration with NATCOM, embarked on training the staff of the Madrassa Unit of the Ministry of Basic and Secondary Education (MOSBSE) on the Quranic standardised script, which is currently piloted in The Gambia and .

, writing, arithmetic, pupils and teachers books have been developed in Wolof using the standardised Quranic script. The Al-ahdari has also been translated by Gambian experts in Wolof.

ISESCO has financed the establishment of five literacy centres in the Greater Banjul area, Sambakala and Fass Chaho villages. Some 550 pupils books and 200 teachers guides have been provided to centres that are existing daras.

We are convinced that with this, children will better understand the meaning of the Quran.

The project, if fully implemented, will greatly help both the scholars and the communities.

We are of the firm conviction that The Gambia has a lot to benefit from this good initiative. 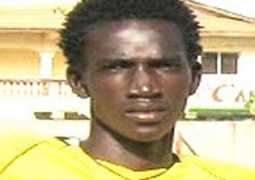 Call for a rethink