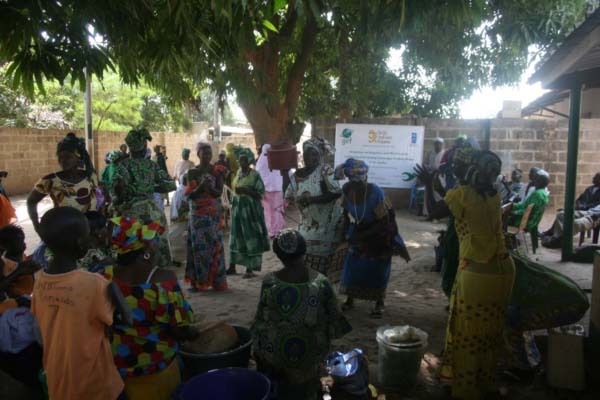 As part of their strive to protecting the environment and improving the livelihoods of the people, GreenTech Vision on Tuesday trained traditional communicators and drama groups in Gunjur on fuel briquettes, fuel efficient stoves.

The January 14 training was aimed at exposing the participants to the importance of fuel briquettes, fuel efficient stoves to the protection of the environment and its income-saving capability to families.

The participants are expected to disseminate the knowledge they have to the villagers through their singings and dramas.

The objective of the project is to tackle deforestation, loss of biodiversity and climate change, whilst improving livelihoods directly through protection of natural resources, emission reduction, saving of household finances and income generation.

It is also meant to create awareness and sensitization on the alarming environmental situation and the meaning for livelihoods in the future as well as the introduction and demonstration of groundnut-shell briquettes and fuel efficient stoves as mitigation measure.

Binta Barrow of Green Vision said GreenTech Vision decided to build up on previous concepts and focus on the major fishing and fish-smoking communities, namely Tanji, Sanyang and Gunjur, to improve the environmental awareness and access to briquettes and fuel efficient stoves.

“The motivation to support these communities also arises from their high interest and demand for alternative fuels, as proven in previous sensitisation and demonstration activities by GreenTech in the coastal area,” she added.

She said further that the project is also aimed at improving access to groundnut-shell briquettes and fuel-efficient stoves to the communities.

Research and implements have improved technologies for the current bulk fuel wood use, especially fish smokers, to be able to use groundnut-shell briquettes.