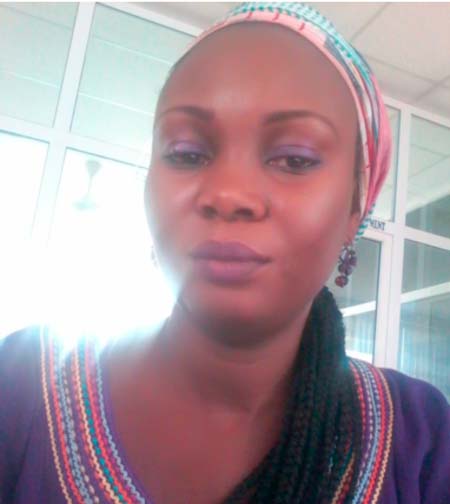 The next Trade Fair Gambia International is just around the corner, as the chamber is in its finishing touches to getting the fair kick-start on 19 December this year through 10 January 2016, at the Independence Stadium in Bakau.

While construction of confortable stalls is being completed, other logistics to make it the best ever are being rolled out by the organisers.

“The construction of stalls is ongoing as all the logistics have been deployed, and we have started receiving participants; hence those who want to participate should come and fast-track their registration because we are running out of space and stalls, said Adam Trinn-Njie, GCCI’s coordinator of the trade fair.

This time around the trade fair will run for three weeks (19 December 2015 to 10 January 2016), to give participants and the general public more time to visit the trade fair grounds, and the opportunity to do more business as products and services are showcased and viewed by all and sundry.

“Before, it used to be two weeks, but because the majority of our members and other trade fair participants have made a popular call or demand to give them more time, we decided to extend it to three weeks,” Adam Trinn-Njie said.

The trade fair coordinator added that in spite of the extension of the trade fair period, the cost of registering for the fair or booking a stall has remained the same as that of the last trade fair, held in March this year.

“So what it means is that the cost of a stall has become cheaper, since the registration charges for three weeks remain the same as it were for the two weeks.”

The theme for the upcoming trade fair is: ‘Promoting Public Private Partnership (PPP) for national development,” according to Mrs Trinn-Njie, who also outlined the benefits of the fair, ranging from business opportunities such as display of new products, building meaningful networks between local enterprises and international investors, facilitating joint ventures, and promoting Public Private Partnerships (PPP).

“We are also expecting international participants mainly from the sub-region and from Asia,” Mrs Trinn said.

It is going to be a very different setup this time because all the farmers, the food processors and other indigenous businesses in the farming sector especially will take part in the fair.

“This is in support of the President’s Vision 2016,” Mrs Trinn-Njie continued, adding: “The farmers, the food processors, caterers, every aspect of the agricultural management value chain will be factored in the process.”

Participants and the general public will also be treated to a bouquet of entertainment at the trade fair grounds, especially with musical jamborees and other features; hence all are advised to continually visit the avenue during the fair’s three-week period.

“In terms of entertainment,” GCCI’s Senior Business Development Officer Baboucarr Saho said, “it will be business unusual, because this time we are bringing a new breed of Gambian artistes coupled with the ones that we already know.”

Trinn and Saho applauded the immense support being given to them by development-driven institutions to make the trade fair a resounding success.

“We also have people or institutions who have given us immense support in terms of logistics and funding to make this possible. These include the National Environmental Land Management Project (NEMA project), the Gambia Commercial Agriculture and Value Chain Management Project (GCAV), and the EIF project, which are all projects supporting the Vision 2016 agenda of the government.”

The opening ceremony, which is 19 December 2015, will be graced by senior government officials and directors of institutions from within and outside the country.

“We are expecting the President of the Republic or his representative, usually the Vice President; so the state will be adequately represented, as well as the private sector,” Mr Saho said, calling on the general public to attend the fair en mass.

“So this year December 2015, we are expecting 50,000 visitors. That’s why the business community should come and take advantage of this turnout of people who will be visiting the trade fair grounds.”

The Brikama Ba and outreach

In line with its goal of meeting the business aspirations of the Gambian people across the country, the GCCI also held last week a regional trade fair in Brikama Ba in the Central River Region, to reach out to people of that community and beyond. The theme of the fair was: “Promoting Agriculture as a viable business”.

“The aim was also to give our rural folk a piece of the pie so that they would also have a platform, out of many platforms which they already have, through which they can exhibit their produce,” said Adam Trinn-Njie.

The trade fair coordinator said the fair included mainly farmers, most of whom were women and the youths, “who are the target group.”

She said the fair was supported by the Gambia Commercial Agriculture and Value Chain Management Project (GCAV), courtesy of the World Bank.