Toubabo FC has over the weekend thrashed Pumpeh Bi FC 2-0 in the ongoing Omar Njie's football currently underway at Wellingara in Kombo North in the Western Region.

The first half of the game was totally dominated and controlled by struggling Pumpeh Bi FC, who have created several scoring opportunities. But they have squandered all their goal scoring chances into the bush and the first half ended 0-0.

In the resumption of the second half, Toubabo FC who were struggling in the first half regroup themselves launched a series of dangerous counter attacks in their opponent's goal mouth, and as a result they opened the scores through striker Momodou Conteh, alias Base in the 58th minute of the game in a penalty shot.

Pumpeh Bi FC fought back and got a penalty, but midfielder Mass Colley in the 69th minute of the game, while Momodou Conteh, alias Base sealed the victory in the dying minutes of the game, as he registered his second goal of game after dribbling pass Pumpeh Bi defenders to make it 2-0 for Toubabo FC. 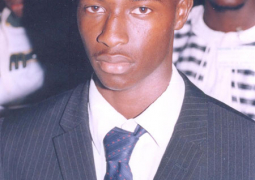