One would never have thought of a day like this.Today the world will witness history with the inauguration of Barack Obama as the 44th and the first African-American president of the .Who would have thought a day like this would dawn at this point in time?But with God, the ultimate shaper of destiny, all things are possible.

In God we trust.And when events unfold so very swiftly and peacefully one shouldn't easily doubt therein the invisible and sure hand of God.Consider the formidable East/West Berlin Wall - how swiftly and peacefully it was finally resolved.Swift and smooth endings also characterized the release of 's Nelson Mandela with the resultant end of Apartheid and the emergence of that country's first black president.Ian Smith's regime in came to a sudden end.So also did the end of Communist rule and detente between and the West come to a most unexpected end? Should not Barack Obama's sudden/meteoric rise to such prominence serve as another example of destiny?

As we witness tomorrow's inauguration the following events could make important points of reflection.

- Barack Obama has made history by becoming the first African-American to be elected president of the .This is so even though it has taken 389 years of a long and arduous journey from the first slave auction in 1619 in Virgina to the election of Obama in 2008.

- Black people first came to America in 1619 as slaves; became emancipated by virtue of the historic Emancipation Proclamation in 1863 by President Abraham Lincoln.Blacks were made citizens with civil rights ultimately in June 1866 by virtue of the XIVth Amendment of the US Constitution.Despite citizenship status, black people were able to vote only in 1870 (the XVth Amendment). By the 1880s black people were segregated from white people in schools and public facilities, and to a great extent denied political and civil rights, in spite of these being conferred by the Constitution.Civil rights organisations and marches continued actively up to and still after the famous demonstration march in 1963 to the Lincoln Memorial in where the famous "I have a dream" speech was delivered by Dr Martin Luther King.Meanwhile, black people have been appointed to high offices in the Supreme Court, in Congress, State Legislatures, the US Navy and the Army, and increasingly in all spheres of public life except the White House.That position was finally reached by Barack Obama in November 2008.

- In 1887 Booker T Washington had made this forecast: "No project seeking material, civil, or moral welfare ... can ignore this part (blacks) of our population and reach the highest success."

- Thurgood Marshall became first black Justice of the Supreme Court in 1967.Captain Sam Gravely became first black Rear Admiral in the US Navy in 1971.More recently General Colin Powell and Dr Condoleeza Rice have become first African-Americans to assume the highest offices in the US Military and the Executive as Head of Joint Chiefs of Staff and Secretary of State respectively.

- In 1961, Barack Obama is born in , of a Kenyan father and American mother.He was educated at grade school in , in , in , and eventually where he became president of an important law journal, the Harvard Law Review.He was lecturer at the University of Chicago Law School in 2002.He became a State Senator for in 2004.

20th January is the date stipulated for commencement of terms in the US Constitution, which states: 'The terms of the President and Vice-President shall end at noon on the 20th day of January, and the terms of their successors shall then begin."So at noon on Tuesday the world will expect to hear those solemn words of oath or affirmation: "I do solemnly swear (or affirm) that I will faithfully execute the office of President of the United States ..."Then shall the world wait to receive the first impacts of President Obama.It is hoped then that he will deliver and live up to the expectations of the Constitution and everyone's dreams including his own.Congratulations President Obama!!

"We hold these truths to be self-evident, that all men are created equal."

"I have a dream that one day one would be judged not by the colour of his skin but by the content of his character." 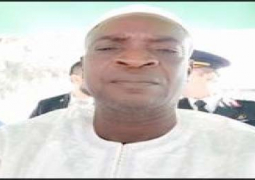