The draw of the Gambia Football Association round of 16 is expected to be held today, following the successful staging of the preliminaries.

This morning’s draw at the GFF Football House in Kanifing is presided over by members of the GFF Organising Committee and club representatives.

Hawks, Banjul United, Lamin United and Bombada United made it to the round of sixteen of the 2013 Gambia Football Association (GFA¬) FA Cup competition after winning their preliminary ties.

The preliminaries of the GFA FA Cup kicked off on Monday 6 May 2013.

The round of sixteen will take place on 22 May while the quarterfinal, semi-final and final will be played in June.

Gamtel are the FA Cup champions. 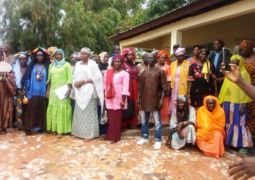