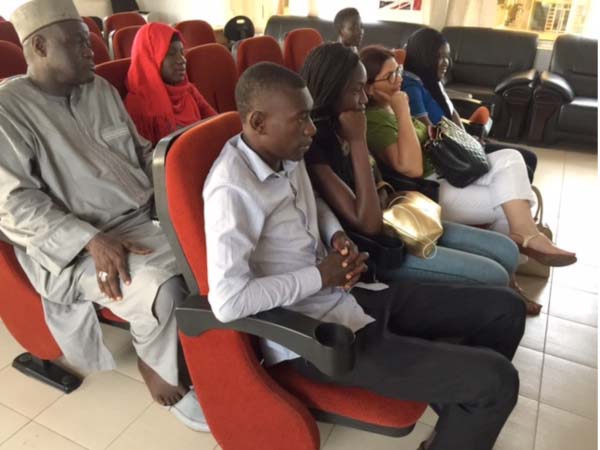 Toastmasters International Club, an international organisation operating in more than 120 countries, was launched in The Gambia at the weekend.The formation of the club in the country was initiated by Ambassador Saffie Jobe of Amcham Gambia.

The international club, formed in 1924 in the United States, was launched in The Gambia with the support and collaboration of Khewal Toastmasters International in Senegal.

Fatim Faye, past president of Dakar Khewal Toastmasters Club – one of the three toastmasters clubs in Dakar – said the club aims to boost individuals’ skills in public speaking.

It gives opportunities to people to accelerate in reading and writing, she said.

Giving a personal experience of how the club helped her, Ms Faye said: “Before I became a member of toastmasters club, I was always shy but through the help of the club, I can now stand in front of millions of people and look them in the eyes without fear.”

She said the main reason they are eager to support the formation of toastmasters club in The Gambia is to help enhance the level of public speaking and writing of young and potential leaders to teach them how to be good leaders and communicators.

“Gambians are brave and courageous, they only need to grab the opportunity of toastmasters club presence in The Gambia to become even better leaders and outspoken speakers,” Ms Faye said.

She explained that the club does not only uplift speaking skills, it also helps one to meet with new people.

Saffie Jobe, initiator of toastmasters club in The Gambia, said the international club is in many countries so The Gambia should not be an exception.

She noted that the club would be vital to Gambians in improving public speaking and writing.

Cardinal Sarr in The Gambia