T.K. Motors FC on 28 January 2011 defeated QCell FC by a goal to nil to lift the Knockout trophy of the Kombo Kerewan Sports Development Committee (KKSDC).

The final, played at the Kombo Kerewan football ground, attracted a large crowd of cheering supporters from Kombo Kerewan village and its environs.

T.K. Motors FC dominated the game but could only create few chances during the first period of the game while QCell FC were more defensive and relied on counterattacks thus the first half ended 0-0.

As action resumed in the second period of the game, T.K. Motors FC continued their attacking football and mounted more pressure on QCell FC's defence line. Their efforts then paid dividend in the 71st minute of the game when Alieu P.C. Jarju fired his side home from a classic finish after defender Azziz Corr and skipper Sulayman Bojang had made a brilliant combination on the right side of the field before Sulayman Bojang sent a tailored cross for Alieu P.C. Jarju to slot home the final touch that crowned his side the champions.

T.K. Motors FC went home with a trophy and a cash prize of D2,000 as winners while runners-up QCell FC received a consolation prize of D1,500.

State to file summary of witness evidence in Sabally trial 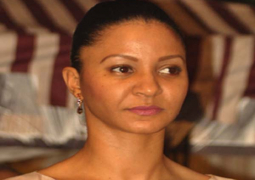