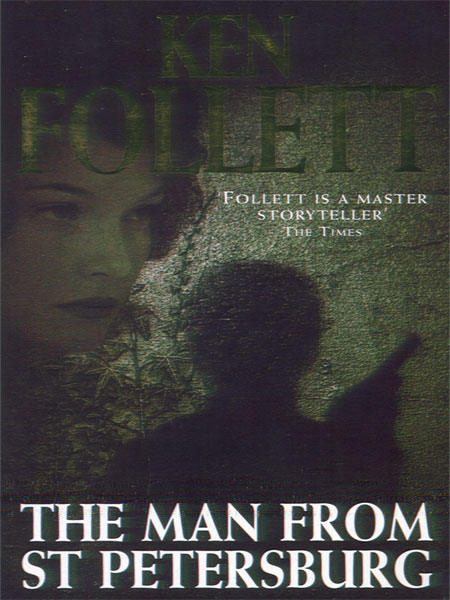 Set just before the outbreak of the First World War, The Man From St Petersburg is a riveting account of how the lives of the characters interwove with the success and/or failure of secret naval talks between Britain and Russia. For Britain, to make any headway in its navy, it had to win the support of Russia. As a result, Czar Nicholas's nephew Prince Alexei was sent to London for high-level bilateral talks.

Walden who is married to a Russian woman Lydia was one of the people to take part in the talks. When Prince Alexei arrived in London, his presence aroused the interest of not only the Establishment, but tragically that of Felixs, an anarchist.

Felixs, also a Russian, was hell-bent on eliminating the Prince Alexei so that the Anglo-Russian negotiations would collapse. Having failed once to assassinate the Russian prince, Felixs racked his brains for alternatives. Eventually, he learned that Lydia, his ex-lover, was by now married to Walden. He visited the Waldens' home and was able to get details of the Prince's whereabouts.

But his plot was foiled when Lydia, guided by her intuition, realised that Felixs was up to no good. Then she told her husband about Felixs's visit, though leaving out the inconvenient facts.

As the drama unfolded, Walden's daughter Charlotte ran into the effervescent Felixs. It was through her, he got to know once more about the hiding place of the Russian prince. It was about this time that Charlotte learned that her true father was not Walden, but Felixs. Lydia had by then been pregnant for two months before marrying Walden.

But this fact was unknown to Walden himself.

The story moved up to a crescendo of fascination with the Russian prince being hidden in the country home of the Waldens. Yet again, Felixs, the assassin, wheedled that piece information from Charlotte. With the active support of Charlotte, Felixs hid himself right in the home of the Walden, while the Special Branch was combing the entire village for him.

At this point, Felixs decided to take the bull by the horns by going after the Prince, since he had learnt from Charlotte where in the big house he was hidden. He then set the house on fire, which forced the prince to come out. When the prince came out, Felixs shot him dead. But he himself lost his life in his attempt to save Charlotte who was trapped in the house by the inferno. When Walden later learnt of the paternity of Charlotte, he took it in his stride. For Felixs, it was a case of poetic justice.

This is a well told story, using irony to heighten suspense and interest.

Brikama beats Nema United to move away from red zone