Acrucial meeting is under way in Banjul, and has definitely convened at the right time and place.

Indeed, this is one CILSS member state which has so far experienced an erratic rainy season.

Actually up to August, rainfall as seen and felt in Banjul and environs has not been up to expectations this year, and perhaps the Met officer figures will bear this out.

Our counterparts in Foroyaa have been expressing concern about this state of affairs – rightly so - and sounding the alarm bells for some time now.

Indeed, we are all concerned, as any national crop failure will make Gambians suffer, and among others derail our new Vision 2016 initiative.

Definitely, such a development will make life and things generally difficult for people living in this very poor country, and that is not anybody’s wish.

The very thought of it is frightening, especially when one considers that agriculture employs around 70 percent of the country’s labour force, including a lot of women; and contributes around 30 per cent of national GDP.

Perhaps the government was waiting for this CILSS meeting in Banjul, before it issues any public statement on “agricultural and food prospects” for the 2014-2015 farming season.

We understand that there is a mechanism to be followed, including the “annual joint evaluation missions on food production,” which would involve consultations with participation in the assessment of the situation by our “partners in development”, before the government issues such a press release.

Thus it is important that the assessments or findings discussed at this meeting be made available to the governments and our partners, as soon as practicable, to enable them “immediately start thinking of the mechanisms and arrangements to put in place for providing support.”

From our story carried in this paper, we learned that “this information system that CILSS has been leading for over two decades has enabled countries in the sub-region to have a standing consultative framework helping them better understand food and nutrition security issues.

“Since then,” we are told, “no major crisis has taken our region by surprise, thanks to the food crisis prevention and management tools developed by CILSS, with support from its partners.”

That is highly reassuring!

“Thus it is important that the assessments or findings discussed at this meeting be made available to the governments and our partners, as soon as practicable, to enable them “immediately start thinking of the mechanisms and arrangements to put in place for providing support.” 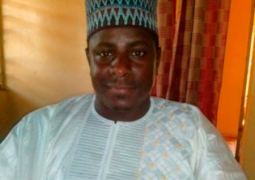