The head coach of giant Real de Banjul, Pa Samba Mbenga, has said his team was bad luck to bagged all three points against Africell in week nineteen of the ongoing GFA 1st division league at the Serrekunda East Mini Stadium.

Coach Mbenga made this remarks shortly, after their 1-1with Africell.

He stated that his target was to collect all three points but unfortunately they are unable to collect it.

He further stated that his team has created lot of scoring opportunities in the games but his strikers fail to capitalise on their chances.

He added that they will prepare well for their week twenty encounter against the academy Samger at Father Gough Sports Complex on Saturday. 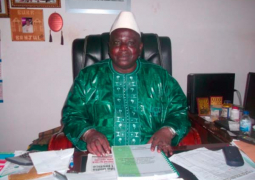