They are among the first to respond to the opening of nominations for the election.

According to reliable sources close to the affiliated clubs, Mr Kinteh was nominated by Bakau United and Brikama United, while Steve Biko and Tallinding United nominated Mustapha Kebbeh.

The third aspirant, Adama Halla Samba, was nominated by his club, Wallidan.

Also, according to our sources, more nominations are expected today Friday.

Meanwhile, the GFF Normalisation Committee have also announced that world’s football governing body, FIFA, has mandated it to conduct the July 31 GFF executive elections and has also empowered it to screen and select candidates aspiring to run for positions in the executive committee to determine their eligibility.

A press release from Football House Thursday also said that FIFA had directed that “anyone convicted of a felony, and the different people who brought the GFA into a state of agony because of mismanagement or greed will be prevented from contesting.’’

Below we publish the GFF statement in full:

The Gambia Football Federation is pleased to inform the general public of the receipt of a letter from the world football governing body FIFA in which they acknowledged the recent processes administered by the GFF Normalisation Committee leading to the election of a new executive body. FIFA also congratulates the Normalisation Committee for the adoption of the new constitution for the Gambia Football Federation which according to them is an important milestone which should pave the road for a better football future.

The Normalisation Committee as mandated by FIFA will act as electoral committee whose decisions are binding and final. As such, the NC will be in charge of the electoral process in opening of candidatures, screening, selection and any other matter related to the election in compliance with the new constitution. FIFA has further reminded the Normalisation Committee that among the requirements to be eligible for a GFF Executive Committee seat, the candidate should not be convicted of felony and that the different persons who brought the GFA into a state of agony because of mismanagement or greed will be prevented from contesting.

Meanwhile, the Gambia Football Federation has opened nominations for aspiring candidates to the position of GFF President. The Secretariat is pleased to announce that the process is steadily going peacefully.

While working towards the end of the normalisation process, the Gambia Football Federation wishes to thank all stakeholders for their collaboration. 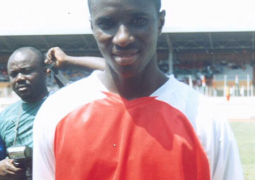