Magistrate Tabally of the Kanifing Magistrates' Court recently convicted and sentenced one Lamin Suwareh to a mandatory jail term of twelve months with hard labour.

Suwareh who pleaded guilty to a charge of stealing from a person was also ordered to pay a compensation of D5,000 to the complainant.

The charge sheet as presented before the court stated that the convicted person, Lamin Suwareh, on 28 October 2010 at Kanifing Estate in the , stole a mobile phone mark Nokia valued at D3,000 being the property of one Haddy Jaiteh.

In a separate development, one Demba Jobe was also convicted and sentenced to a mandatory jail term of two years for stealing from a dwelling house.

The charge sheet revealed that on 12th November 2010 at Kanifing South in the , the convicted person, Demba Jobe, stole from the house of one Aisha Kourouma cash amounting to D4,000

Magistrate Lamin George gave the sentence following the convicted person’s own plea of guilty to the charge. 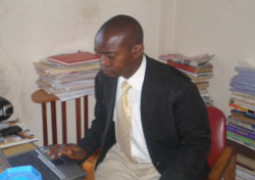